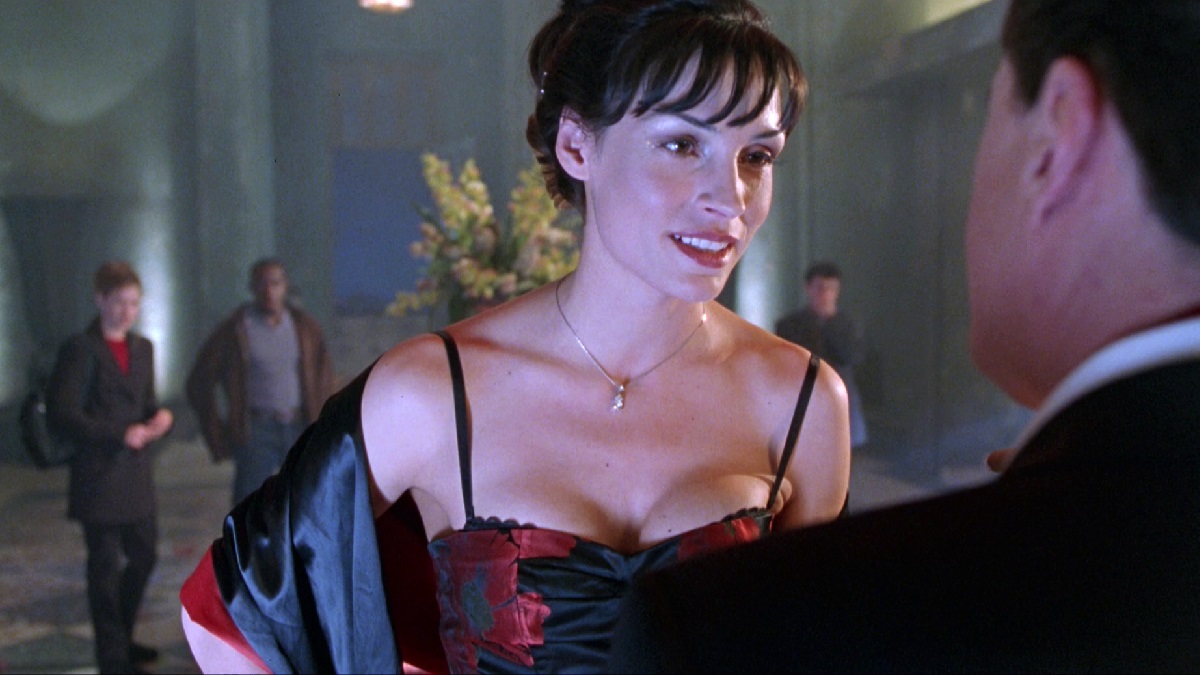 Horror has always tended to be a genre that latches onto the hottest trends and runs them into the ground, and while the 1990s were largely defined by the slew of subpar self-aware slashers that emerged in the aftermath of Wes Craven’s game-changing Scream, the decade was rounded out by House on Haunted Hill bringing a close to another short-lived craze.

Anyone who thinks the never-ending procession of remakes began in the early 21st Century clearly hasn’t been paying attention, because the 90s and early 2000s were defined by a brief obsession with taking several classic titles and refitting them as big budget supernatural blockbusters, replete with cutting-edge visual effects and a stacked ensemble packed full of established and rising stars.

House on Haunted Hill checked off several of those boxes by roping in the likes of Geoffrey Rush, Famke Janssen, Ali Larter, Taye Diggs, James Marsters, and many more for the reinvention of schlock maestro William Castle’s 1959 original, essentially telling the same story all over again with a heavily updated coat of visually dazzling new paint.

A $43 million take at the box office and a crushingly underwhelming 31 percent Rotten Tomatoes score does not paint the picture of a masterpiece, though, and nor does a lukewarm 42 percent user rating. And yet, because nostalgia remains all the rage, Redditors have been lavishing newfound praise on House on Haunted Hill for ending the “mainstream horror” phenomenon of the 1990s with a bang.

There’s a kitschy charm to be found watching the movie through a modern lens, but beyond that, it’s hard to call it a genuine stone-cold classic of the genre, even if cult status has long since been secured.