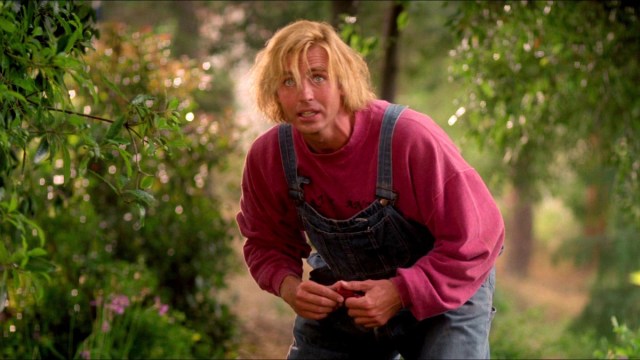 Stephen King has always had a hot-and-cold relationship with adaptations of his own work, and it’s not really a surprise to discover that his favorite-ever translation came not from a novel or short story, but a completely original tale with no source material to draw on for inspiration – and thus be significantly altered by a team of Hollywood writers.

He’s also one of the very few people who prefers the forgotten 1997 miniseries version of The Shining to Stanley Kubrick’s undoubted masterpiece, but you’d be hard-pressed to find a page-to-screen shift he hates more than The Lawnmower Man, which he ended up successfully taking to court.

Co-writer and director Brett Leonard’s horrendously dated sci-fi psychological horror was initially being marketed as Stephen King’s The Lawnmower Man for obvious reasons, but the genre icon hated it so much that he sued the filmmakers in an effort to have his name removed from the title – claiming that it “bore no meaningful resemblance” to his own work.

A judge ruled in King’s favor and he was awarded $2.5 million in damages, but New Line Cinema still wound up being held in contempt of court two years later for putting his name back on the home video release. In the end, The Lawnmower Man recouped its production budget almost four times over at the box office in spite of a critical drubbing, but Redditors are trying to mobilize some support for it being an unappreciated cult favorite.

If anything, a reboot or remake would be the vastly superior option, because the film doesn’t hold up well at all. Only part of that is down to the ropey visual effects, too, and even the staunchest of The Lawnmower Man defenders can’t argue that the basic setup of science running amok with dangerous and deadly consequences would be ripe for a 21st Century update.