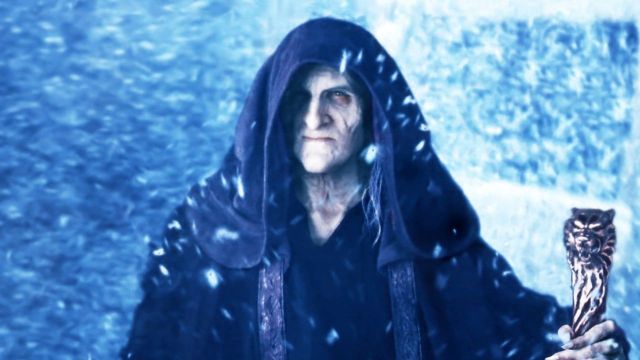 Every celebrity has a bit of an ego, so it’s no surprise to discover that Stephen King’s favorite adaptation of his own work wasn’t one that was brought to the screen by an army of screenwriters, producers, and filmmakers. In fact, Storm of the Century isn’t even based on one of the prolific author’s novels at all.

Instead, King wrote a completely original screenplay for the three-episode miniseries, which aired on ABC in February of 1999. Armed with a hefty $35 million budget, it was prestige event television before such a thing even existed as a widespread staple of the small screen diet, with a novelization also being published prior to Storm of the Century‘s premiere.

The story takes place firmly within King’s universe, as a storm descends upon an outcrop off the coast of Maine, with Little Tall Island also the setting of Dolores Clairborne. A mysterious stranger arrives in the midst of the madness, and begins terrorizing the townsfolk for reasons that become increasingly clear and distinctly terrifying as the story progresses.

Colm Feore is excellent in the lead role of Linoge, and the unrelenting atmosphere gives the blockbuster miniseries a genuine cinematic feel, long before that was the norm for high-profile TV projects. Despite averaging close to 20 million viewers across its run, Storm of the Century doesn’t get talked about often enough when it comes to discussing and debating the merits of the live-action King back catalogue, even if the horror icon can’t speak highly enough of it.

With his popularity arguably at an all-time high based on the sheer number of King-created efforts in the works, though, now might be the time for Storm of the Century to come back into the spotlight.