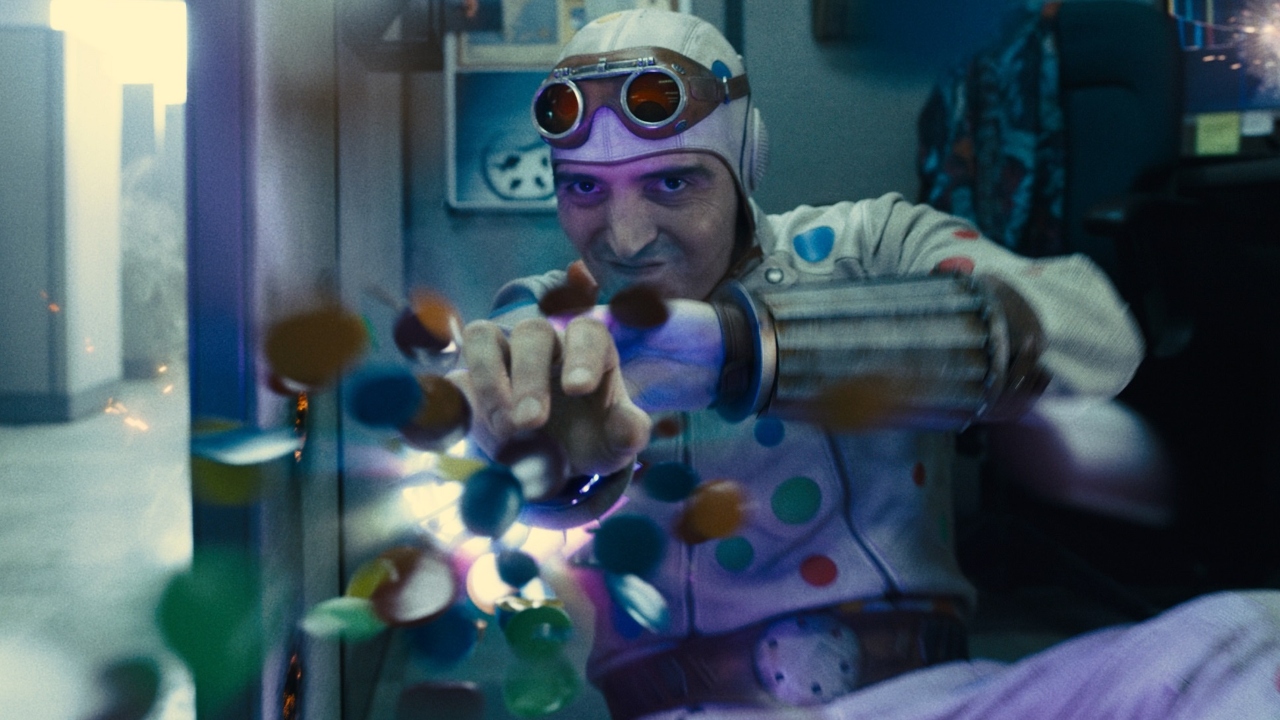 David Dastmalchian is opening up about his personal connection to Abner Krill, AKA Polka-Dot Man, in the super-antihero action romp, last year’s The Suicide Squad.

In the film, Polka-Dot Man must expel colorful, incendiary disks from his body due to an interdimensional virus he was infected with from experiments conducted on him by his mother. Though the character is depressed, and clearly resents what his mom put him through as a child, he manages to be a key figure in the fight to thwart the kaiju beast Starro from destroying the country of Corto Maltese in the movie.

Dastmalchian revealed in an interview with Inverse that he saw the character as metaphor for triumphing over one’s own insecurities.

“I connected with Abner from his first line,” said the actor, who in real life has vitiligo, an autoimmune disorder that affects the coloring of one’s skin. “I love that Abner came to a point where he not only embraces his strangeness, he turns it into a superpower.”

Dastmalchian went on to say that the character speaks to something fairly universal about the human condition: that we all have things that make us insecure or ashamed that can be overcome with a little bit of help.

“We keep things locked up, and they end up eating us from the inside. We can do the work, get therapy or connect with people that help expel those viruses. We can love ourselves and figure we are meant to be the way we are. We’re fucking superheroes.”

Dastmalchian is an actor who has his foot in both the worlds of Marvel and DC, with roles such as Joker’s paranoid schizophrenic fall guy in The Dark Knight, and the hacker Kurt Goreshter in both Ant-Man films. In real life, he’s also a big fan of comic books, having penned his own series called Count Crowley for Dark Horse Comics.