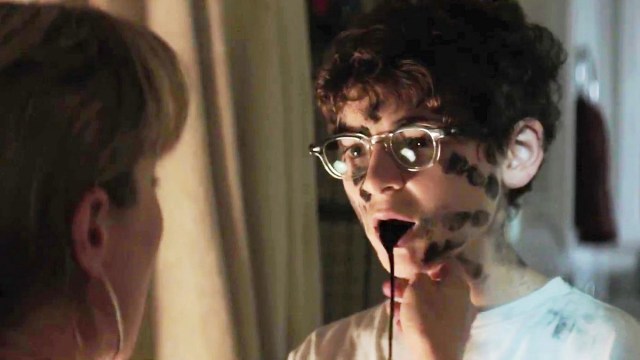 No brand in the industry has a 100 percent track record of success, but when it comes to horror, Blumhouse is about as reliable as it gets. While the levels of acclaim have varied wildly across the production company’s vast slate of projects, the majority of them tend to appeal to the target audience at the very least. In terms of talent-to-quality ratio, though, the outfit has arguably never put out anything worse than The Darkness.

While Blumhouse has seen two features fare worse than the 2016 supernatural chiller on Rotten Tomatoes (those being Delirium and The Gallows: Act II both winding up with a big fat zero), when you consider the names involved in The Darkness, a three percent critical score and 19 percent user rating is the stuff of nightmares.

Directed by Wolf Creek and Rogue‘s Greg McLean in his Hollywood debut, the cast features Kevin Bacon and Radha Mitchell as parents who grow increasingly concerned after a routine trip to the Grand Canyon leads to unimaginable terrors plaguing their family – with an ancient evil having been awakened.

David Mazouz (Gotham‘s Bruce Wayne) is also part of the ensemble, along with Lucy Fry, Matt Walsh, Ming-Na Wen, and Paul Reiser, which is an awful lot of accomplished names on either side of the camera putting their heads together to come up with something so utterly awful.

And yet, streaming subscribers have opted to waste their time on The Darkness this weekend, with FlixPatrol revealing the universally-panned misfire to be one of the top-viewed titles on ad-supported platform Freevee. Blumhouse is almost always reliable, but this one is the sh*ts.