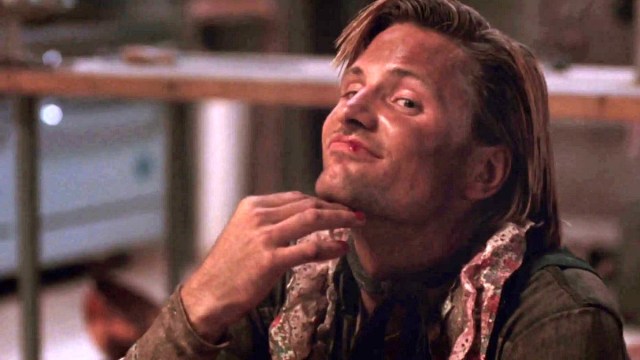 As tiresome as the constant remaking and rebooting of almost every noteworthy horror franchise under the sun has become, there have been several worthwhile additional installments and reinventions to emerge from what admittedly tends to be an overwhelming volume of turgid banality. That being said, Texas Chainsaw Massacre has proven to be among the worst offenders when it comes to quantity over quality.

Since Tobe Hooper’s classic 1974 original, we’ve seen direct follow-ups, legacy sequels, vaguely-connected successors, a remake, a prequel to the remake, and an origin story to name but a few iterations of Leatherface’s ongoing bloodlust, and precisely none of them have fared particularly well with critics.

Digging into the saga’s Rotten Tomatoes scores, the highest-rated in terms of reviews is 1986’s The Texas Chainsaw Massacre Part 2 with a bang average 50 percent score, while user ratings put Marcus Nispel’s influential 2003 remake as the best of the rest with a similarly underwhelming 53 percent.

Leatherface: The Texas Chainsaw Massacre III holds the unwanted distinction of being the worst of an already-bad bunch by virtue of a mere 13 percent on the Tomatometer, but Redditors have inexplicably been rallying around the 1990 effort to try and drum up support for it being existing somewhere between an underrated gem and a waste of boundless potential.

It’s basic slasher stuff, with a young couple getting lost in the backwoods and finding themselves targeted by the chainsaw-wielding maniac, before a fortunate run-in with a survivalist offers them a slim chance of survival and escape. The third installment wins bonus points for the smoldering young Viggo Mortensen, but it’s a real head-scratcher to discover the praise being pointed in the direction of an otherwise terrible film.