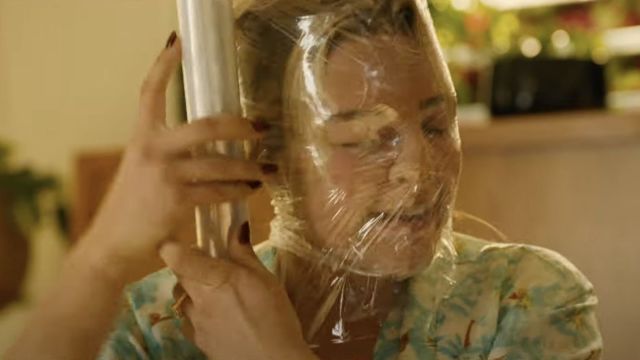 2022 saw a resurgence in non-franchise films with new, original-ish films being some of the most spoken about, perhaps none more so than Olivia Wilde’s rollercoaster release which has been embroiled in some of the most bizarre drama of recent cinema history.

Don’t Worry Darling promised audiences an adventure into a dark underbelly beneath an apparent paradise, but instead ended up (ironically) playing host to behind-the-scenes drama of a dark underbelly in Hollywood relationships. Now, the drama-laden film is set for a streaming debut, so get your salads ready.

Florence Pugh and Harry Styles’ Stepford Wives redux is set to release on the year’s most controversial streaming service HBO Max, proving some couples are perfect for each other. Don’t Worry Darling will see new life from Nov. 7 on the Warner Bros. app, with a whole new audience now set to discover all the drama for themselves.

For the uninitiated, Don’t Worry Darling has become better known thanks to director Wilde’s very public tiff with star Pugh, as well as Wilde’s alleged affair with Styles. Drama so intense even Wilde and Pugh’s stylists got involved in the beef, as more information came out revealing a specially made salad delivered to Styles allegedly led to Wilde’s divorce from Jason Sudeikis.

Add on top the film’s now-infamous Venice Film Festival debut which saw rumors rise of Styles spitting on co-star Chris Pine and immensely awkward photo calls, and you’ve got a movie which is destined to lead to a fascinating book around its production. Perhaps most disappointing is the film in the end wasn’t anywhere near as entertaining as the spectacle behind the scenes.

Don’t Worry Darling ended up receiving fairly middle-of-the-road reviews, with a critic score of 38 percent on Rotten Tomatoes and middling audience scores. Not every doomed production can be as entertaining or as good as Apocalypse Now.

Get your salads ready for Nov. 7, when Don’t Worry Darling hits HBO Max.