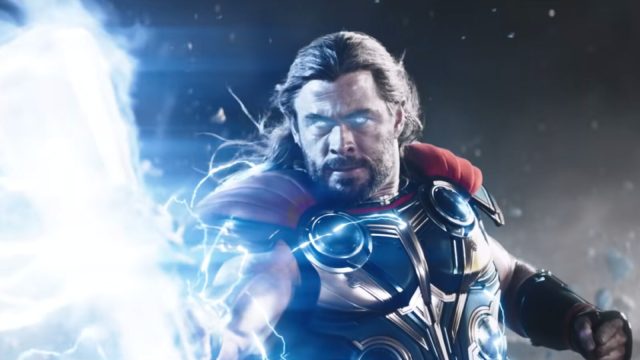 Thor: Love and Thunder has been rolling out into theaters around the globe since early June, but the movie won’t be getting a release in Kuwait according to a new report that suggests it has been banned.

According to a social media post by Kuwait news outlet Al Qabas, Thor: Love and Thunder has been banned in the country by the Cinema Committee for its LGBTQ+ representation.

The post translated by Google says that the reasoning for the ban was “due to scenes of gay characters in the film”.

Kuwait was set to receive the latest Thor installment later this month but now it isn’t clear when if ever the movie will arrive. According to reports, the ban is set to be permanent so it doesn’t seem likely that the movie will get a theatrical release in the country.

As mentioned prior, Kuwait isn’t the first country to ban the film. Right now, Thor: Love and Thunder has not been released in China due to its LGBTQ+ representation marking the sixth movie in a row not to release in the country. Other films that have received similar treatment include Doctor Strange in the Multiverse of Madness and Disney’s children’s film Lightyear.

Malaysia also recently followed suit banning Thor: Love and Thunder ahead of its scheduled release on July 21. While many of these countries requested that Marvel Studios remove scenes from the film to secure its release, this idea was not entertained.