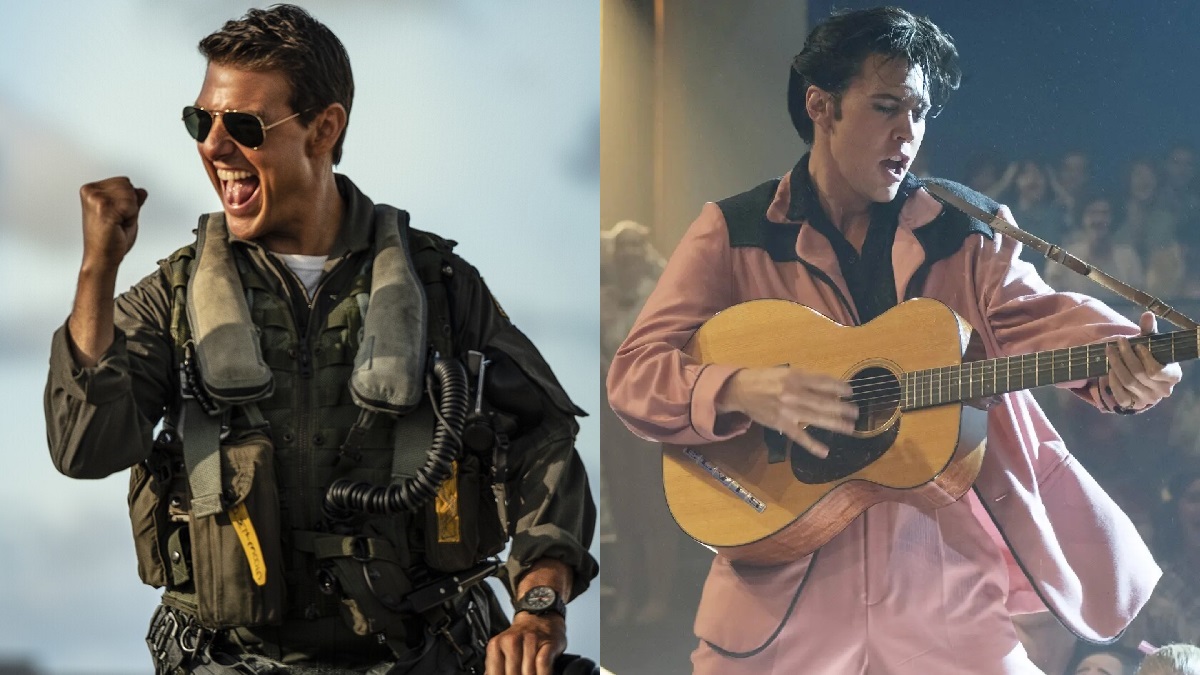 As if you needed any more reminders that Tom Cruise still reigns as the biggest movie star in the business, Top Gun: Maverick continues to dominate the box office both at home and abroad, having sailed passed $900 million in less than four weeks, and it’ll pass Doctor Strange in the Multiverse of Madness in no time at all to become 2022’s highest-grossing hit.

In the last few weeks we’ve seen the dinosaurs of Jurassic World Dominion and the Pixar-powered adventures of Lightyear try to topple Joseph Kosinski’s sequel from its perch, and while Maverick may have slipped down the rankings behind those aforementioned titles, there’s a strong chance it could reclaim top spot in its fifth weekend in theaters.

The latest projections are pitting Cruise against Elvis Presley in a battle to emerge victorious, a sentence we never thought we’d hear out loud. Estimates have Baz Luhrmann’s extravagant epic in with a chance of notching a $30 million first frame, with Pete Mitchell’s return to the skies aiming for a similar number.

Dominion and Lightyear are set to wind up somewhere in the $25-29 million range, so there’s really no way of predicting with any degree of certainty how things are going to pan out come Sunday. Elvis could finish top, or it could finish as low as fourth, and the same goes for Maverick.

One thing that can’t be denied is that they’re both right in the mix when it comes to early Best Picture contenders at next year’s Academy Awards, so this is only the first skirmish of a long-running war between the two.