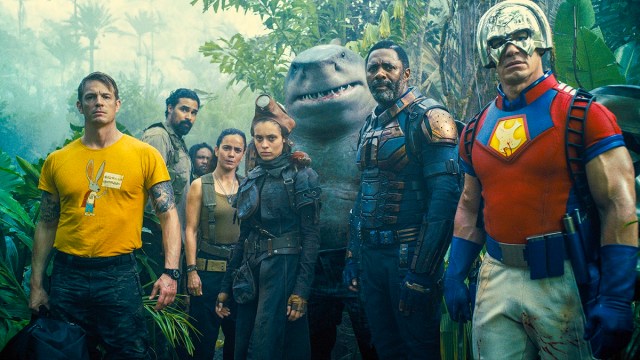 Photo via Warner Bros.
Review of:

Now that James Gunn has been named as an executive co-leading the creative direction of the newly-minted DC Studios, alongside producer Peter Safran, at the restructured Warner Bros. Discovery, who might be some of the high-profile directors that can help flesh out the DC Universe’s movie future?

Gunn himself was a prominent director at DC, helming such projects as The Suicide Squad and its spinoff series, Peacemaker. But he also has a lot of experience at Marvel by helming the Guardians of the Galaxy trilogy of films (despite being temporarily fired from the House Mouse at one point due to old, offensive Twitter posts).

It seemed like DC was merely trying to copy-cat Marvel for a while there, with movies such as 2016’s Suicide Squad and 2017’s Justice League seemingly subjected to heavy studio interference, with the result of both those movies feeling like they were created by a soulless boardroom of banking executives. But more recent DC films, such as the 2019 Todd Phillips-directed Joker and the 2021 Gunn-directed The Suicide Squad, have gratefully embraced the individual directors’ singular vision.

Surely, Gunn will also champion directors who have a unique voice, as well as up-and-comers like he once was, in order to make the DCU something special. In the spirit of that aspiration, here’s our shortlist of the top high-profile directors who absolutely should helm a DC movie.

At first glance, it may seem strange to recommend Taika Waititi as a director of a DC film since he helmed one of the Marvel Cinematic Universe’s greatest efforts, Thor: Ragnarok. Even though Waititi’s trademark humor seems to be his calling card, there are signs he might be a great fit for overseeing a darker superhero tale that wouldn’t be out of place in the DCU. That is because Thor: Love and Thunder actor Christian Bale revealed in a recent interview that he and Waititi filmed some very R-rated Gorr the God Butcher scenes for the movie that were ultimately cut to retain its PG-13 rating.

Since DC has proven that they’re not afraid to go R-rated from time to time — with films like 2019’s Joker, 2020’s Birds of Prey, and 2021’s The Suicide Squad — maybe giving Waititi the opportunity to craft something more mature and macabre would be a winning combination that might even redeem him from the arguably overly-saccharine theatrical version of Thor: Love and Thunder that we got. That would put Waititi amongst Gunn himself as a peer who was a prominent director that jumped from Marvel to DC.

Why give Seth Rogen a shot at directing a DC film? The comedic actor who was launched into stardom by starring in Judd Apatow-backed comedies in the mid-2000s — such as Knocked Up and The 40-Year-Old Virgin — is the producer for a number of well-regarded superhero shows, like Preacher, The Boys, and Invincible. What’s more, he’s proven to be a crowd-pleasing director for films like This Is the End and The Interview, two comedies that still had a number of impressive action set pieces.

If that weren’t enough, Rogen — who is obviously a comic book fanatic — has even given his pitch for a rebooted Superman film that draws inspiration from classic Western films, like High Noon. Give this man a creative role of some sort at DC Studios already.

Bryce Dallas Howard, the daughter of Happy Days actor-turned-director Ron Howard, may be best known for starring in blockbuster franchise films like Spider-Man 3 and the Jurassic World trilogy, but maybe Warner Bros. should consider scooping her up to get behind the lens of one of their DC projects. Although Howard has yet to helm a theatrically-released movie, she has directed a number of TV episodes, music videos, and a segment of the 2013 made-for-TV movie, Call Me Crazy: A Five Film. However, it is Howard’s impressive turn in the world of Star Wars that truly got our attention.

Not only did she direct two episodes of The Mandalorian, but she also helmed what is widely regarded as one of the best episodes of The Book of Boba Fett, “Chapter 5: Return of the Mandalorian,” which saw Pedro Pascal’s Din Djarin wielding the infamous Darksaber. Although it still may be early in Howard’s directing career, plucking such rising talent while they can still bring a fresh voice to a franchise movie can sometimes pay dividends, such as the horror-turned-Shazam!-director David F. Sandberg.

Dan Trachtenberg has that winning comic book movie director recipe of having a relatively short, yet highly-acclaimed, filmography that has also carved out a unique creative voice that would be perfect for helming a franchise flick. Not only did he direct episodes of Black Mirror and The Boys, but he also helmed the well-regarded thriller film with a sci-fi twist 10 Cloverfield Lane in 2016.

It is Trachtenberg’s latest effort, Prey — which put a wholly original spin on the Predator franchise by placing it in colonial America and focusing on a Native American tribe fighting the alien threat — that truly showed he has the potential to bring fresh ideas to well-worn genres.

Deborah Chow has largely directed TV shows in her filmography so far, such as one episode of Better Call Saul and two episodes of The Mandalorian. However, it was her impressive handling of directing all six episodes of the Disney Plus miniseries Obi-Wan Kenobi that truly has us craving more of her directing of beloved franchises.

The Ewan McGregor-starring show did a great job of honoring its original source material while also adding new insight into familiar characters and crafting some unforgettable moments of dramatic tension between him and Hayden Christensen’s Anakin Skywalker. Given her track record, why not let Chow helm a DC project?