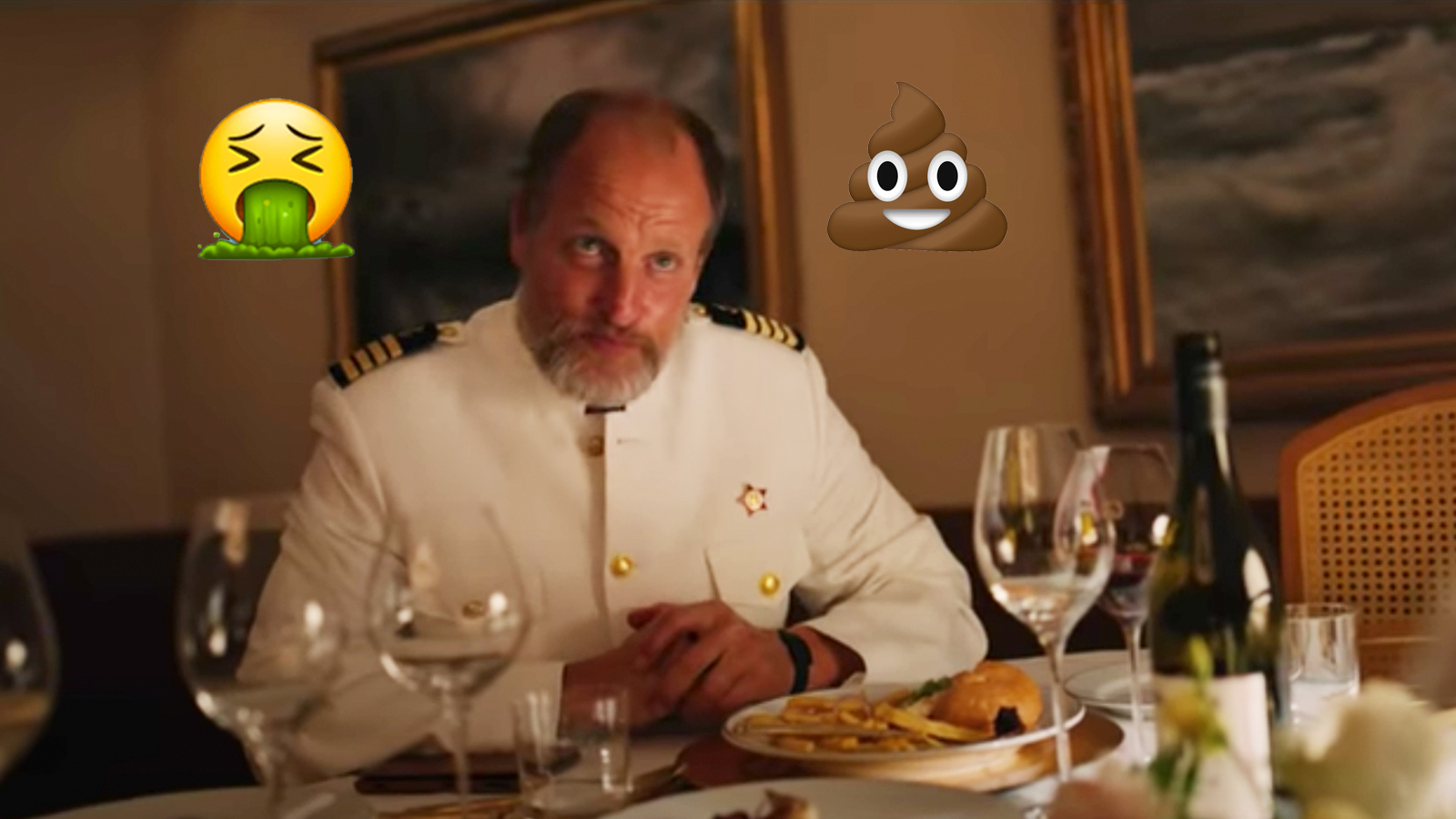 Well the people at the Cannes Film Festival have spoken. Stinky poop jokes and a bit about projectile vomiting at sea aimed at the obnoxiously privileged 1 percent earned one indie director a standing ovation. As it should.

Ruben Östlund’s Triangle of Sadness is a satirical film about the privileged—from the super-rich business executives to the vapid, self-absorbed and sponcon-obsessed social media influencers.

In one clip shared online, a guest tells a waitress on the ship she and her are equal, all while the staffer is pouring bubbly champagne into her flute glass.

In another, a wealthy man and the ship’s drunk captain (Woody Harrelson) debate the problem with communism and capitalism. They exchange famous quotes on the two ideologies like verbal blows to each other’s egos.

The ship sways side to side and knocks their fancy food and wine off the table. Waitresses in the background pick up cutlery off the floor and put them back onto tables where nobody is even sitting at. It’s a hilariously depressing reminder of how the majority of the world is lower-to-middle class and yet works for the wants and needs of the wealthy minority.

Triangle of Sadness centers around an aspiring model (The Kingsman‘s Harris Dickinson) who goes on a cruise after his influencer girlfriend wins a trip aboard. Things then take a satisfyingly stomach-twisting turn for the annoyingly snobby guests when the ship gets caught in a storm and they all get seasick.

Östlund gradually builds up to this moment, according to Variety. The guests are served seafood and then begin violently puking and shitting themselves on board. That’s cinema, baby!

It’s been described by critics as a “rapturous delight” and maddening in the best way possible. But the best news? The extended shitfest nabbed the director a seven-minute standing ovation per Variety.

In related news, multiple people reportedly walked out of a brutal thriller about religious femicide in Iran at the film’s Cannes premiere.