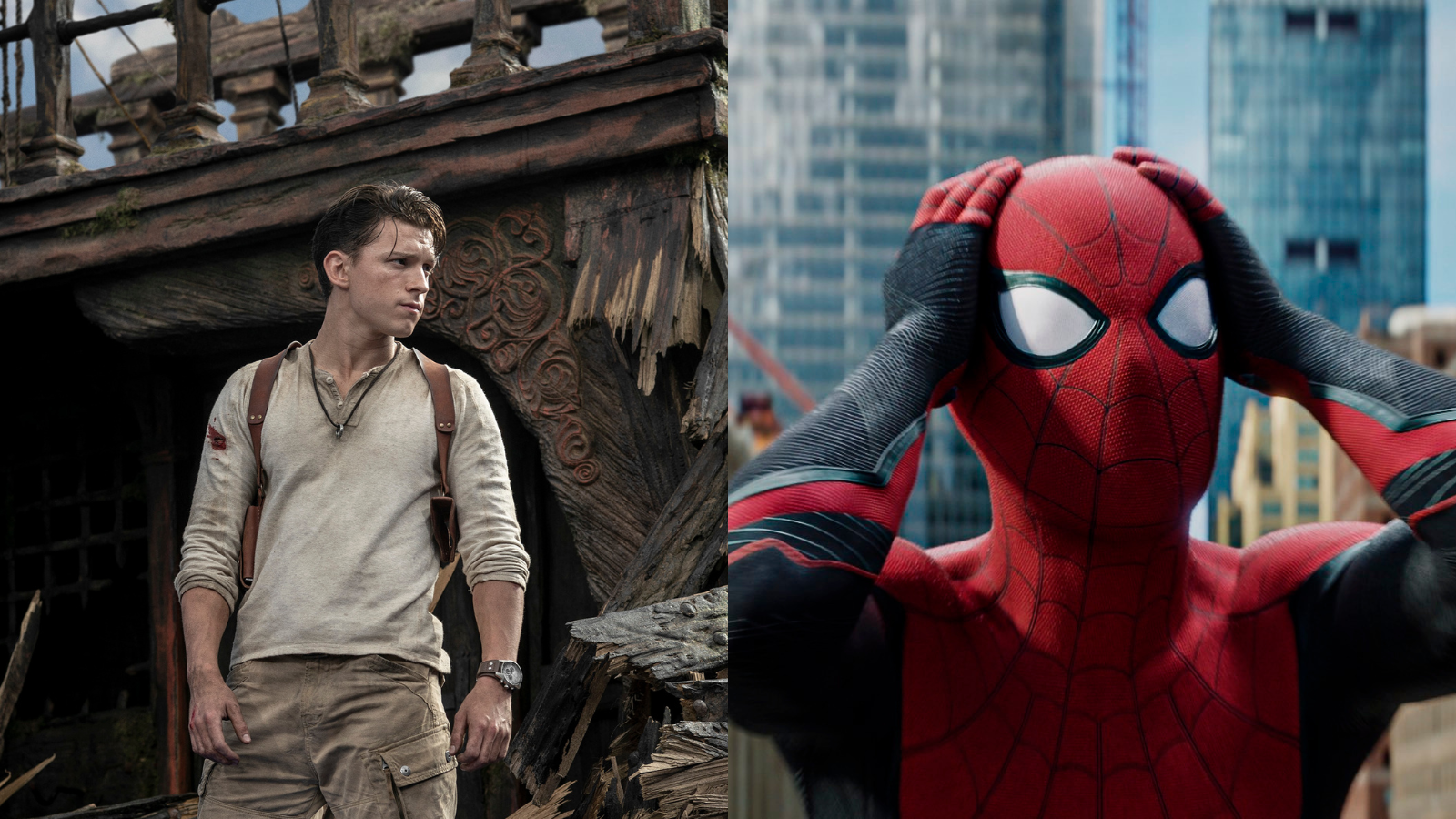 Tom Holland’s 2017-2022 hot streak might be about to end after the actor confirmed he’ll be taking a break from the screen, but it’s a potential connection between Spider-Man: No Way Home and Uncharted that has sparked discussion.

While No Way Home grossed considerably more money than the movie adaptation of the PlayStation hit Uncharted, there could be common ground between the two. There’s two obvious factors linking them, with both produced by Sony Pictures, and both starring English actor Tom Holland.

The star’s appearance in both has sparked a new fan theory online that perhaps Peter Parker and Nathan Drake are one and the same. Posited on Reddit’s /r/FanTheories by /u/valkyria_knight881, it’s caused a stir on the subreddit.

The evidence is perhaps quite flimsy, and requires a lot of coincidence, but is still quite enjoyably stupid. Nathan Drake being the original name for Peter Parker is the crux of the theory, and that Aunt May changed her nephews’ name for, well, some reason. You may be thinking, why doesn’t the theory just say it’s because everybody forgot who Peter Parker is at the end of No Way Home?

The use of multiverse shenanigans to explain things might just be the way forward for fan theories. With popular mainstream releaes like Everything Everywhere All At Once and Doctor Strange in the Multiverse of Madness, this is the fresh new Hell we are living in. At least the theory isn’t that it’s all a dream or somebody is in limbo.

There will be official, proper sequels to Spider-Man: No Way Home eventually, with Kevin Feige confirming a further film is in development for the webhead.