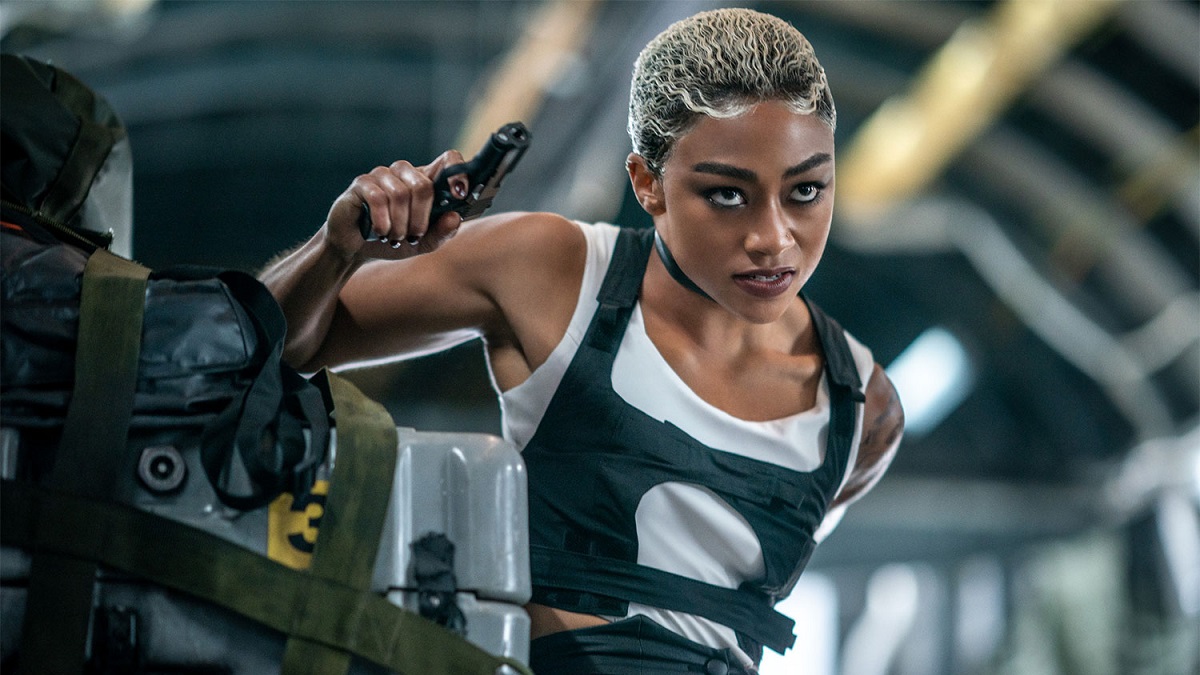 Tom Holland may have beefed up for the role of Spider-Man, but he was not prepared to get beat up by his Uncharted co-star Tati Gabrielle while filming the movie. Gabrielle apparently came at the role of the mercenary Jo Braddock with so much intensity that she unintentionally landed a couple kicks on the actor, but she’s happy to apologize.

While discussing the film in an interview with ComicBook, the You actress hilariously revealed that her background in martial arts helped her bring the character to life a little too much, but she didn’t set out to intentionally hurt her co-star.

“I mean, it was not my intention to… Like, so here’s the thing, because I have a martial arts background, I was always taught, you know, either control of like, not touching, or hitting at all, or like you gotta hit them. And so, stunt fighting, it was a hard thing for me to like, with my muscle memory, work out, like, ‘No, just graze him. Like just like tap him a little bit. You don’t have to like kick him.’ And I feel so bad. He’s such sweetheart ’cause he took it like a champ. But, yeah, like, I was not trying to beat up Spider-Man. Please, those who love Spider-Man don’t hate me!”

Uncharted is based on the video game of the same name, but Gabrielle’s Braddock is an entirely new character, not appearing in any of the video games. She works with Antonio Banderas’ villainous Moncada to foil the plans of Nathan Drake and Victor Sullivan, played by Holland and Mark Wahlberg. From the sound of it, the black belt holder holds her own when it comes to the action.