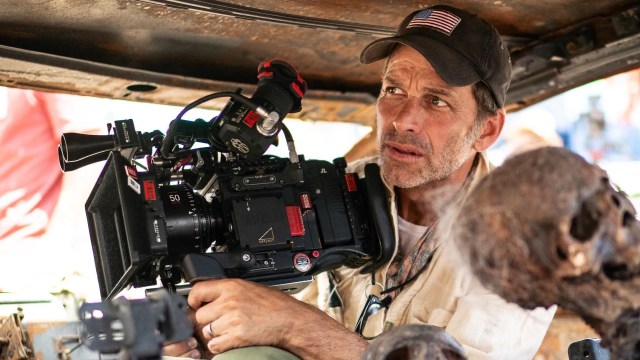 The SnyderVerse discourse has been stirred up again (not that it ever went away) by Ben Affleck’s return as Bruce Wayne for Aquaman and the Lost Kingdom reshoots, even if Zack Snyder’s hypothetical return to the DCEU remains more of a pipedream than anything rooted in reality or fact. However, some vindictive Marvel fans have suggested that he be tasked to helm 2025’s epic Avengers: Secret Wars, largely to see how the internet reacts.

Having become a figurehead for a very vocal and passionate section of the DC fandom, you can only imagine what would happen were the 300, Watchmen, and Army of the Dead director to pitch up and take the reins on a Marvel Cinematic Universe project. It would be an apocalyptic event for social media, that’s for sure, which is exactly why so many people want to see it happen.

Of course, the chances of Snyder signing on to direct Secret Wars are about as slim as it gets, and not just because of his past association with DC. After all, look at James Gunn, who bounced from Guardians of the Galaxy to The Suicide Squad and Peacemaker before returning to Kevin Feige’s warm embrace for next summer’s Vol. 3.

Snyder is too distinct to fit into Marvel’s collaborative-but-uniform environment, and he’s also under an exclusive development deal with Netflix that may yet be extended once Twilight of the Gods, Army of the Dead: Lost Vegas, Planet of the Dead, and both parts of Rebel Moon have been released.

We’d love to see it happen, if only to peruse Twitter in the aftermath.