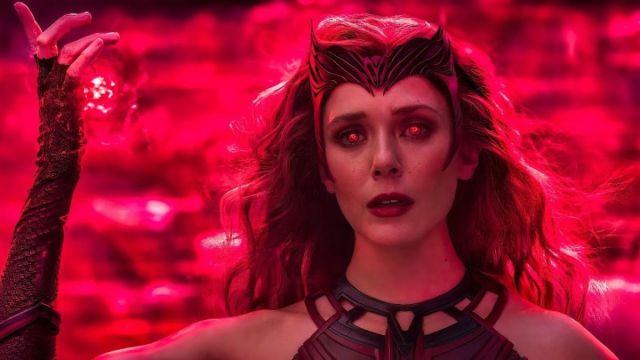 The one and only chaos magician Wanda Maximoff has earned her spot in the hearts of millions of fans across the globe. Since her first appearance in the mid-credit scenes of Captain America: The Winter Soldier, the Sokovia-native’s mysterious powers have cemented her status as everyone’s favorite witch, in spite of not earning a solo project on the big screen.

Although the beloved character somewhat got her own Disney Plus spin-off miniseries Wandavision, the first installment of Phase Four of the Multiverse Saga wasn’t enough to fill the heart of Wanda fans as she had to share the spotlight with Vision. Nonetheless, that does not mean it stopped the superhero aficionados on Reddit from realizing that a pattern has been made in Marvel’s new era, which they have dubbed the “Scarlet Witch Cinematic Universe.”

Commentators were obviously busy celebrating her obvious recent appearances in WandaVision and Doctor Strange in the Multiverse of Madness as well as the possibility that Scarlet Witch will appear in the upcoming web TV series Agatha: Coven of Chaos, and in the second WandaVision spinoff, Vision Quest.

However, some fans were confused about the superhero’s possible inclusion in the upcoming Disney Plus series Wonder Man, showing inquisitive doubts about the witch’s connection to the superhero.

The question appeared to be a prominent point of debate on the Reddit thread, with more than a handful of curious fans wondering if Wanda had anything to do with Simon Williams, also known as Wonder Man. Although surprising to most, the duo has a long history that has taken twists and turns in comic books. Williams and Maximoff were actually an item for quite some time, and Ultron used William’s brain patterns as the template for Vision’s mind, meaning the physiology behind the creation of Wanda’s husband was actually a result of her deceased ex-partner.

Other than the love triangle that could be happening in Wonder Man, the expected projects surrounding the Young Avengers and Children’s Crusade are also expected to bring Scarlet Witch back to the screen once again, as the mother of Billy and Tommy.

In spite of the lack of evidence, fans are still hopeful for a Scarlet Witch solo installment, hoping for it to finally come to life the moment all the X-men are fully revealed.

Though one of the most powerful Avengers not getting a solo movie remains a sore point, it is undeniable that the Scarlet Witch is here to stay.

Agatha: Coven of Chaos, Wonder Man, and Vision Quest are all expected to be released on Disney Plus in the upcoming year.