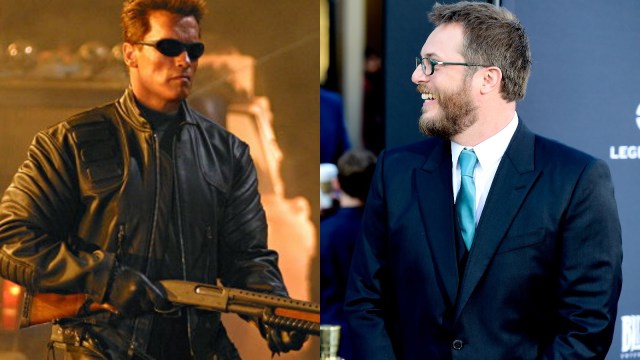 Despite directing the single highest-grossing video game adaptation ever made, Duncan Jones‘ Warcraft didn’t turn enough of a profit to justify a sequel, even if the lavish and opulent fantasy epic still boasts a vocal and vociferous fanbase.

The filmmaker’s next feature will see him tackle sci-fi comic book strip Rogue Trooper, in what marks his first stint behind the camera since 2018’s ironically muted Mute, but Jones’ social media followers are itching to see him tackle the inevitable Terminator reboot we all know is coming eventually, thanks to a single tweet celebrating Hulu smash hit Prey.

Having seen three big budget reboots fail in the span of 10 years, there’s definitely plenty of merit to what Jones is saying. Prey showcased that a classic sci-fi franchise that’s been around for decades can be dusted off and reinvented in spectacular fashion, simply by stripping things back to basics and putting a talented creative team at the helm.

Even if the iconic saga birthed by James Cameron almost 40 years ago is in danger of becoming the cinematic definition of insanity, it’s not difficult to imagine that positioning the brains behind Moon, Source Code, and Warcraft at the forefront of another retread would generate plenty of buzz and excitement, especially if Prey was being used as the example, as opposed to $150+ million failures Salvation, Genisys, and Dark Fate.

Of course, we’re only spitballing here, and Jones didn’t even come close to hinting that he’d be interested, but it was clear his supporters would latch onto the notion, because it’s from the worst combination of talent and title we’ve ever heard.