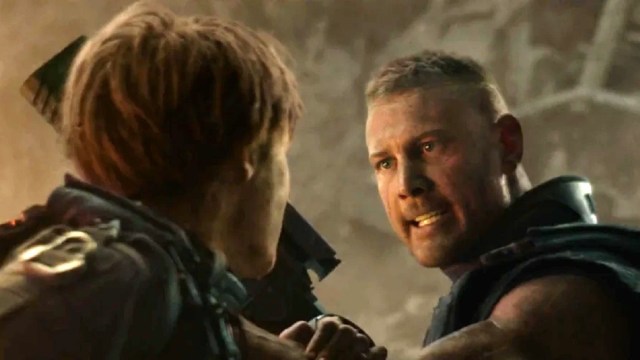 Everyone knows that the definition of insanity is repeating the same thing over and over again while expecting different results, but nobody involved in the Terminator franchise appeared to get the memo, with Dark Fate going down as the third failed reboot in the space of 10 years.

Salvation arrived on the scene surrounded by hype, promising to give fans the future war they’d always wanted to see, with Christian Bale’s debut as John Connor pegged as the start of a trilogy. Alan Taylor’s Genisys brought back Arnold Schwarzenegger, and even staked out a release date for a sequel, but we all know how that ended.

Hoping that the third time may turn out to be the charm, Tim Miller’s Dark Fate didn’t just bring back Schwarzenegger, but Linda Hamilton as sci-fi action icon Sarah Connor, with James Cameron also making his return to the fold for the first time in three decades to produce and help crack the story.

In the end, the R-rated romp ended up disappointing at the box office and losing an estimated $120 million, despite being widely praised as arguably the best Terminator flick since Cameron’s own Judgement Day. Make no mistake, though, the property will once again rise from the ashes in rebooted form. Until that day comes, streaming subscribers are making do with Dark Fate.

As per FlixPatrol, the money-losing monster has been making a sizeable splash on the Paramount Plus most-watched charts, having cracked the global Top 20. Maybe a completely new start is the way forward, unless Terminator wants to go zero-for-four.