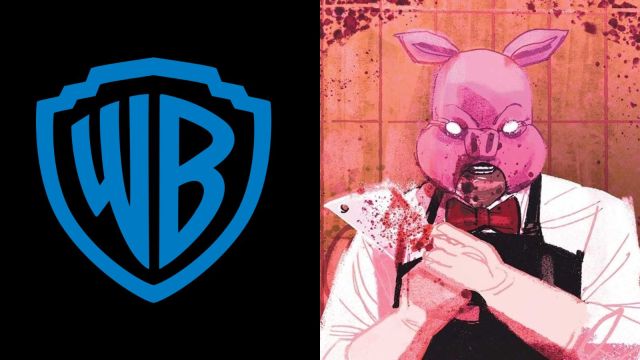 Warner Bros. must be listening to too much Nine Inch Nails, as they want to channel “March of the Pigs” with one of their The Batman spin-offs.

Batman has possibly the greatest rogues gallery in all of comic books, but it’s one of the most bizarre and recent entries to his canon who Warner Bros. are interesting in adapting. According to The Hollywood Reporter’s report on a resurgence within Warner Bros., several spin-offs are being worked on based on Matt Reeves’ film.

Most bizarre is their interest in making a project for Professor Pyg. The character is a very recent addition to the DC universe, with his first appearance coming in 2007. Channeling some of the most depraved real-life serial killers in the comics, this move could easily be seen as Warner Bros. looking to create their own Jeffrey Dahmer analogue.

Pyg, like many comic book villains, was a scientist who had a mental breakdown and subsequently became enamored with human-animal hybrids. Slaughtering and performing surgery on his victims, he’s given birth to some of Batman’s most gruesome comic panels.

Warner Bros. earmarking the character for an adaptation feels both inspired and slightly troubling. In pure speculation, it feels as though they saw the success of Joker and want to make something in a similar vein with a lesser-known character. The caveat comes with this being allegedly a spin-off of The Batman, which very much has its own unique-feeling world.

Reeves managed to turn the Riddler into a strange Zodiac Killer-like villain with serious menace in The Batman, so Pyg does feel like it’d fit in thematically and visually. If you’re going to adapt him though, you need to make sure he’s got the pig mask.

Somewhat humorously, Pyg had appeared in one of the children-oriented animated series Beware the Batman, which straddled the fine line between appropriate and inappropriate for younger demographics. The series, as well as The Batman, are available to stream on HBO Max.