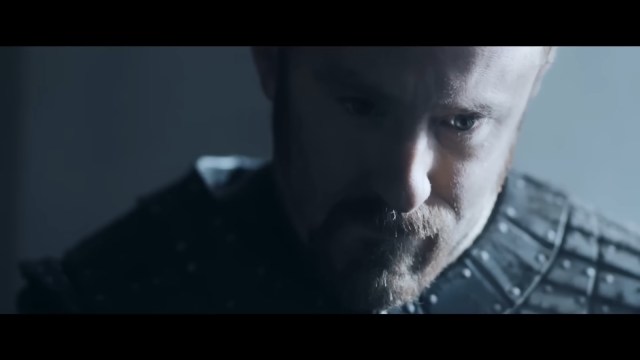 What better way to bring traction to the Czech film industry than recruiting some of Hollywood’s finest talents to feature in an action-packed dramatization based on the life of one of the Czech Republic’s greatest military commanders in history? If you’re director Petr Jákl, it seems there is no better way, and the new trailer for Medieval, the result of Jákl’s philosophy, looks to be proving him right.

The film stars Ben Foster (Hell or High Water, X-Men: The Last Stand) as a young Jan Žižka, who would go on to become one of the mightiest military commanders in the history of the Czech Republic. In the film, Jan finds himself plotting revenge against Henry III of Rosenberg, a powerful nobleman hellbent on capturing the lands of the Holy Roman Empire, and who is responsible for the death of almost all of Jan’s family.

After kidnapping Rosenberg’s fiancée, Katherine (Sophie Lowe) to prevent Rosenberg’s and, by extension, the corrupt King Sigismund’s seizing of the empty Roman throne, he winds up falling in love with her, and makes the choice to deliver her from this dangerous political game. With a sea of nobles and royals clawing ruthlessly for power, Jan must rally the citizens of the kingdom, forming a rebellion to fight against the corruption embedded within the nation.

Alongside the likes of Foster and Lowe are Til Schweiger, William Moseley, Matthew Goode, and Academy Award winner Michael Caine. With a budget of $23 million, it is the most expensive film to ever come out of the Czech Republic.

Medieval releases to theaters on Sept. 9. Two video games based on the film are also in development.