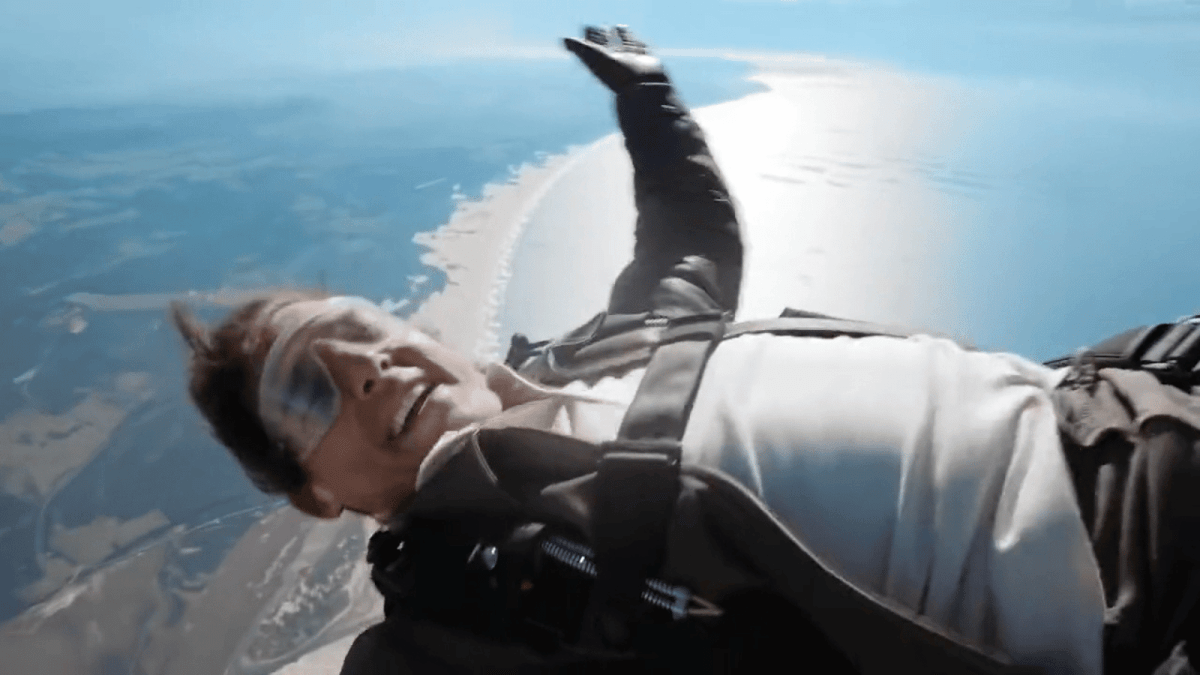 Age doesn’t appear to be slowing action star Tom Cruise down one bit, with the Top Gun: Maverick star taking some time out of his shooting schedule to thank the fans around the world who came out and saw the long-awaited sequel to the 1986 classic.

Wait, no – that’s not right. Tom Cruise was mid-Mission: Impossible – Dead Reckoning shoot and filmed a message of thanks to Top Gun: Maverick fans for supporting the film.

We suppose we should also mention that the scene he was shooting involved him jumping out of a plane.

In the video, Cruise is hanging out of the side of a plane over the coast of South Africa. In the middle of his message, the director of the upcoming film — Christopher McQuarrie — taps the star on the shoulder and asks him to wrap it up because they’ve got a busy shooting schedule and need to wrap the shot up.

Cruise, being ever the boy scout, obliges the man in the director’s chair and gets down to business, dropping out of the plane with an ear-to-ear smile, and continues on with his message:

“Where was I? Oh yeah, thank you for supporting Top Gun: Maverick! As always, thank you for allowing us to entertain you. It truly is the honor of a lifetime. Yeah, very lucky. I’m running out of altitude, so I’d better get back to work, we’ve gotta get this shot. You have a very safe, and happy holiday. We’ll see you at the movies!”

The man may as well have been behind a lectern at the Oscars with how eloquently he delivered his words despite plummeting toward the earth at breakneck speed, which we must admit is quite impressive. This man turned 60 this year, by the way.

Top Gun: Maverick hits Paramount Plus this Thursday, Dec. 22, 2022. As for when we’ll see the fruits of Tom Cruise’s skydiving labors in the above clip, Mission: Impossible – Dead Reckoning Part One is set to hit cinemas on July 14, 2023.