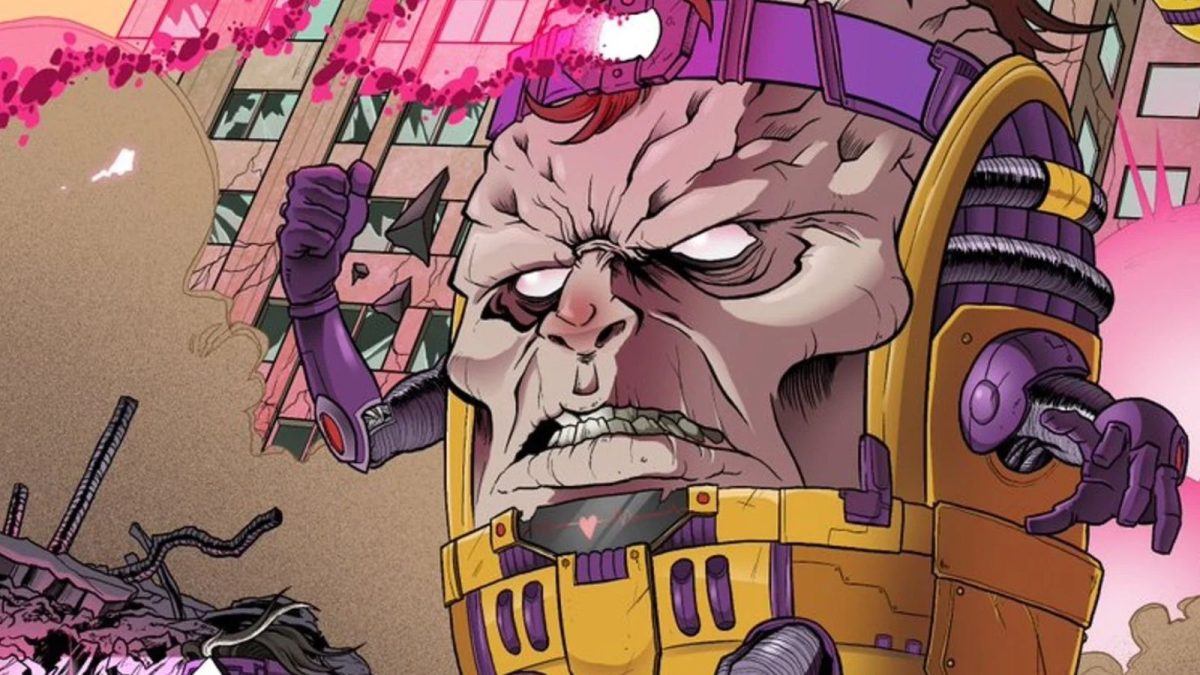 One of Marvel’s many killer robots/cyborgs, M.O.D.O.K. got his own stop-motion cartoon on HULU in 2021, but it wasn’t considered MCU canon. While the show only lasted one season, M.O.D.O.K. is ready to turn heads as a full-fledged, live-action villain because the murderous monstrosity will be making his MCU debut in the upcoming Ant-Man and the Wasp: Quantumania when it releases next month.

We catch a few glimpses of M.O.D.O.K. over the course of the film’s final trailer, both with and without his helmet. When his face wasn’t obscured, eagle-eyed viewers may have noticed a familiar Ant-Man villain wearing M.O.D.O.K.’s…, er, shoes? Screen? In any case, there seems to have been a transplant of some sort which we’ll undoubtedly learn more about when we see the movie.

However, fans who are unfamiliar with the comic book M.O.D.O.K. may have some questions about him. Much like K.E.V.I.N in She-Hulk, the robot’s name is an acronym. We’re here to fill you in and give you a brief outline of the character, in case you’re still not feeling like committing your time to his animated show.

In short, M.O.D.O.K. stands for Mental Organism Designed Only for Killing, so if you had any allusions about the robot’s intent, it’s not the best. It seems that Scott Lang and his team will not only need to contend with Kang in the upcoming film, but also a cyborg which literally has the word “murder” in his name.

The original M.O.D.O.K. in Marvel Comics was a former A.I.M lab technician named George Tarleton, but this incarnation of the villain is unlikely to be making an appearance in the third Ant-Man film, considering the revelation of the actor that will be playing him from the trailer and what that casting suggests.

In any case, the official Marvel website describes M.O.D.O.K. as a villain that “has long terrorized Marvel heroes with his computer-like mind and psionic powers.” Will this be the case in the MCU? Ant-Man and the Wasp: Quantumania should have all the answers when it hits theaters on Feb. 17.