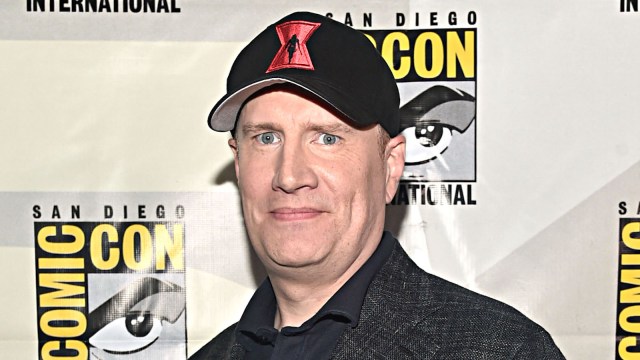 The hype is real for us Marvel Cinematic Universe fans as Marvel will be making their presence known at San Diego Comic-Con 2022 for the first time in a few years. The last time Marvel swept through Comic-Con, we were treated to an all-star line-up of everything in the MCU’s Phase Four, up until Thor: Love and Thunder which is the last film to have been released. So when exactly are Marvel’s Comic-Con panels, and what might we see?

Marvel has many panels at Comic-Con for their comic book division, animation projects, and the Marvel Studios Hall H panel. There are two major panels that will focus on projects inside the MCU and those are the two Marvel Studios panels.

The first panel will focus on animation and take place on Friday, July 22, 2022. It will go for an hour and a half between 11:45 AM and 1:15 PM PT. This panel will be helmed by Ryan Meinerding, the head of visual development at Marvel Studios, and Brad Winderbaum, the head of streaming, television, and more importantly for this panel, animation. If you are attending Comic-Con, the panel will be taking place in Ballroom 20. The second and main panel will be hosted by Kevin Feige on Saturday, July 23, 2022. The Marvel Studios panel will run for an hour between 5 PM and 6 PM PT and it will be in Hall H.

Unfortunately, San Diego Comic-Con will not be streaming the panels, so unless you are in Ballroom 20 or Hall H, you are out of luck. But don’t worry, we will have all the coverage for the panels here and Marvel will most likely post any trailers or cast announcements themselves on their social channels. With Marvel only having one more slated film for this year, let’s take a look at what might be shown during both panels.

What will be at Marvel’s animation Comic-Con panel?

For Marvel’s animation panel, the two Marvel Studios heads, Ryan Meinerding and Brad Winderbaum will be joined by guests. The projects confirmed to make an appearance during the panel are X-Men ‘97, Marvel Zombies, and What If…? season two. We will probably get concrete release dates for all three of those shows and we might get a trailer for What If…? But at the very least, we should get some concept art for each series.

As for properties that have not been announced ahead of time, we might get a look at Spider-Man: Freshman Year, an MCU animated Spider-Man series. We should also get a clip of I Am Groot as the series of shorts featuring everyone’s favorite Guardian of the Galaxy is set to release on August 10, 2022.

What will be at Marvel’s Hall H Comic-Con panel?

Feige’s panels are always legendary, with the last Hall H panel announcing a slew of new information including that Mahershala Ali was going to be playing Blade in their upcoming Blade film. Nothing is officially announced to appear at this panel but we can definitely speculate based on projects that Marvel has already announced. They will most likely continue their Phase Four run of films and television series but there is always a chance that they could announce the start of Phase Five.

The Disney Plus series She-Hulk will arrive on August 17, 2022, so we could get a final trailer for She-Hulk’s first appearance in the MCU. Black Panther: Wakanda Forever is slated for November 11, 2022, so there is a good chance that we might get a trailer for the film. Ant-Man and the Wasp: Quantumania, The Marvels, and Guardians of the Galaxy Vol. 3  are all slated for a 2023 release so it’s almost impossible for a trailer release for any of them. The same goes for the other Disney Plus shows that are set to release in 2023 like Secret Invasion and Ironheart.

The last time Feige held a Hall H panel at Comic-Con, he was joined by the cast of all the films he announced on stage, so there is a good chance that he might bring out the main cast for all of those films and television shows. In addition to those projects, we might get additional information on the MCU specials which were slated to release on Disney Plus in late 2022, including The Guardians of the Galaxy Holiday Special.

While nothing is announced yet, we may actually get some more announcements regarding some of the MCU projects which were announced but not given a date, or in some cases, a cast. For example, we might hear more about Blade, including when it might be released, as well as who would play the villain or the supporting cast. Another film that fans are buzzing to hear more about is Fantastic Four. We might finally find out who will be playing the Fantastic Four, who the villain might be, who might be playing them, and who might be replacing Jon Watts as the director.

Some more projects that might share the Hall H projects are the previously announced Armor Wars Disney Plus show and the Echo series, as well as films Captain America 4, which stars Anthony Mackie as Captain America with Julius Onah directing, a sequel to Shang-Chi: The Legend of the Ten Rings, a sequel to Fox’s Deadpool franchise, which will be directed by Shawn Levy with Ryan Reynolds returning as the merc with the mouth, and a Thunderbolts film.

Surely there are a few surprise announcements regarding Marvel’s slate beyond 2023. We might get an official announcement of an X-Men film now that the gateway for mutants to appear in the MCU is now open. We might get an announcement regarding a number of sequels for already established characters like the Eternals, Scarlet Witch, Spider-Man, Hulk, Doctor Strange, or even the Avengers.

But Marvel has a track record of announcing projects that nobody saw coming, so there is always the chance that Marvel announces something that nobody expects. With that being said, Marvel is also expected to appear at the D23 Expo in September 2022. So whatever they do not announce this weekend, Marvel could announce it later in September and they will likely be saving some surprises for that showing as well.

Be sure to check social media channels and here at WeGotThisCovered this weekend for all the latest San Diego Comic-Con 2022 updates, including all things MCU.