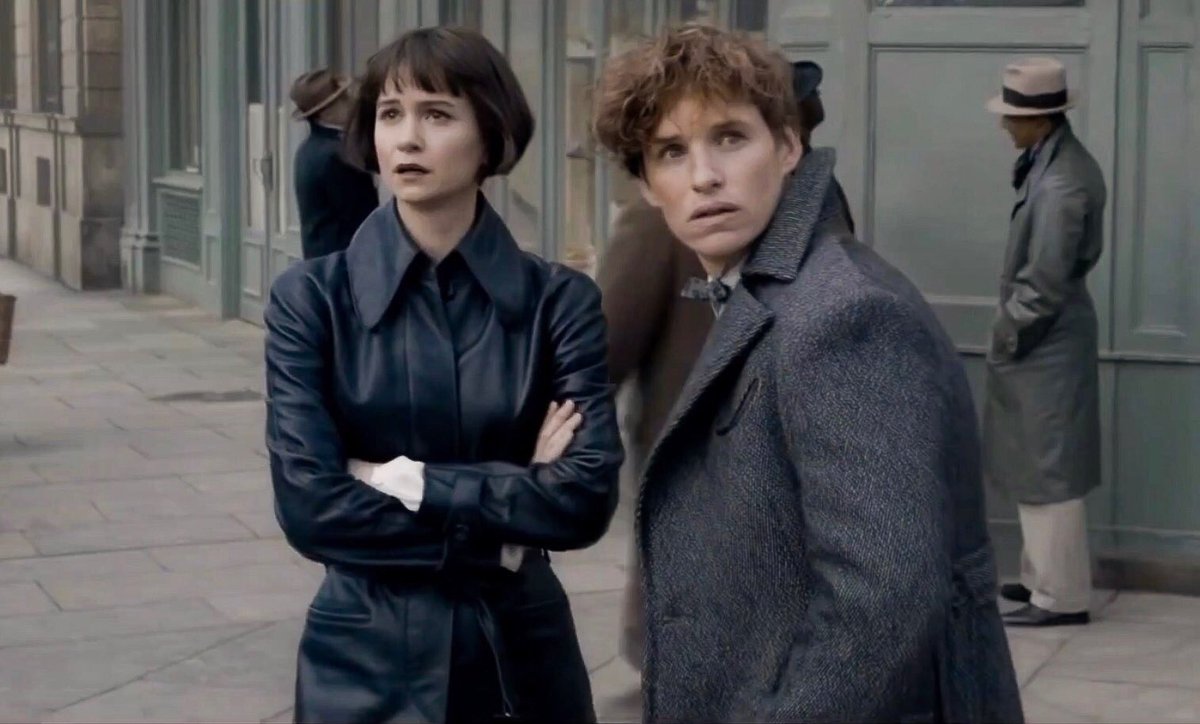 Coming three and a half years after the second entry in the Harry Potter spinoff franchise, Fantastic Beasts: The Secrets of Dumbledore is finally almost here, meaning the marketing machine for the much-anticipated movie is in full swing. So far, we’ve got glimpses of Eddie Redmayne’s return as adventuring magizoologist Newt Scamander, alongside Jude Law’s titular Albus Dumbledore and Mads Mikkelsen’s recast Gellert Grindelwald.

All the major players have factored into the film’s promotion, in fact, apart from Tina Goldstein. As played by Katherine Waterston, MACUSA Auror Tina served as the series’ female lead in both 2016’s Fantastic Beasts and Where to Find Them and 2018’s Fantastic Beasts: The Crimes of Grindelwald, so it’s curious that she seems to have taken a major backseat with this third installment. The biggest secret of Secrets of Dumbledore, then, is where in the Wizarding World has Tina got to?

Who is Tina Goldstein?

Porpentina “Tina” Goldstein was introduced in the first Fantastic Beasts as a MACUSA (Magical Congress of the United States of America) employee who had been demoted after using magic to protect Credence Barebone (Ezra Miller) from his abusive adoptive No-Maj mother Mary Lou (Samantha Morton). Upon meeting Newt, the pair struck up a close friendship, and she eventually aided him in apprehending dark wizard Gellert Grindelwald (Colin Farrell/Johnny Depp).

By Crimes of Grindelwald, Tina had been reinstated as Auror and joined Newt in his fight against Grindelwald in Paris. She initially felt threatened by the return of Newt’s first love, Leta Lestrange (Zoe Kravitz), into his life, but it became clear that he only had eyes for her (and her “salamander eyes”). Tina’s life took a dark turn, however, when her sister Queenie (Alison Sudol) joined Grindelwald’s side at the end of the second film.

Potter lore states that Newt and Tina eventually settle down and get married, with their grandson, Rolf Scamander, going on to become the husband of Luna Lovegood.

Where is she in Fantastic Beasts 3?

So, given both Tina’s prominent character arc and her importance to the mythology, why is she being kept on the sidelines in Fantastic Beasts 3? To be clear, we know for certain that Waterston did shoot material for this film, we just don’t know how much. Casting lists are definitely crediting her further down the pecking order than in the first two movies. Plus, given that she didn’t even get her own character poster, clearly, Tina isn’t a major player in Secrets.

It’s possible there are both creative and practical reasons for reducing Tina’s screentime. For one, Crimes of Grindelwald was widely criticized for its ballooning cast of characters and myriad subplots, so the third movie will have to address that in some way, and maybe Tina was just a casualty of that. Alternatively, Waterston might have had scheduling conflicts with her commitments to Damien Chazelle’s Babylon and Perry Mason season two.

It’s also worth pointing out that Waterston is one of many Harry Potter universe cast members to denounce creator J.K. Rowling in the wake of the writer’s controversial views on trans topics. As other creative figures have distanced themselves from the author in recent times, it’s vaguely possible that Waterston’s smaller role in FB3 is connected to her differences with Rowling, who is co-scripting the film, although this is pure speculation at this point.

The truth is we don’t know why Tina Goldstein has been MIA from Fantastic Beasts: The Secrets of Dumbledore so far. Maybe she’ll show up in the new trailer that’s coming this Thursday, Feb. 24. The film itself then hits theaters on April 8.