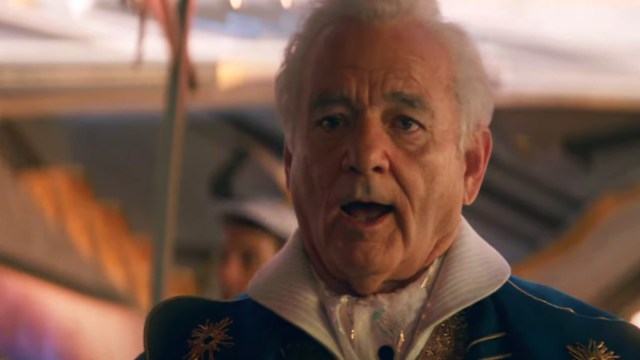 The beginning of the MCU Phase Five will see the release of the third installment in the Ant-Man trilogy. Ant-Man and the Wasp: Quantumania, which is set to release in February, will be seeing the return of well-known MCU stars like Paul Rudd, Evangeline Lilly, Michael Douglas, Jonathan Majors, and Michelle Pfeiffer. As the MCU Phase Four has come to an end with its share of fun and flaws, viewers are excited to step into the next stage and the new Ant-Man trailer has provided them with a preview of what’s coming next.

However, following the trailer’s release, the conversation steered in a different direction as the fans got a glimpse of a famous actor finally entering the vast, interconnected realm of the MCU. Yes, the discussion surrounds the possible role that Bill Murray would be playing in the upcoming movie and what that nanosecond-long glimpse of his character in the trailer tells us.

The trailer gave only a passing look at Murray, who is seen in a blue coat with gold scents on his collar and shoulders. Now, the studio and everyone associated with the film has been infuriatingly mum about what role the Oscar-winning actor is set to play. So, for now, all we have is speculation that the Ghostbusters star might be playing a small comic book character, Krylar. Even though the news has not been officially confirmed, the peek at the storyline — which establishes that the majority of the action will be taking in barely-explored Quantum Realm — the trailer provides does lay a solid foundation for the fan theory.

It is evident that Murray’s character will be one of the many peculiar inhabitants of the Quantum Realm, and given the very villain-like vibes he exudes, he isn’t going to be besties with Janet van Dyne, who had been stuck there for decades. So, coming back to him being Krylar. Throughout the history of Marvel Comics, the character has only been mentioned once but not in any Ant-Man issues.

He appears in The Incredible Hulk released in 1962, wherein he comes across the Hulk. The latter is on a mission to save the woman he loves and journeys through the Micro-verse to reach the miniature planet called K’ai. Here he meets Krylar, who has created a machine capable of giving someone’s worst fears a physical manifestation. If the studio adding a Hulk character to an Ant-Man film wasn’t mystifying enough, here is another fact — Krylar appeared and died in this single comic book issue.

As for his on-screen appearances, he was seen in season five of Agents of SHIELD as a co-leader of the Confederacy who was later killed by Glenn Talbot.

If Murray does end up playing the role of Krylar, there is also a possibility that he could be connected to Kang as he has claimed that he will be playing a villain in the movie. However, the question of how much he is involved with the plot and whether he is destined to have a life span similar to his comic book counterpart is still a mystery.

Sadly, the initial excitement over Murray’s MCU induction has been replaced with negative reactions given the recent allegations against the actor as well as the callbacks to his past controversies.