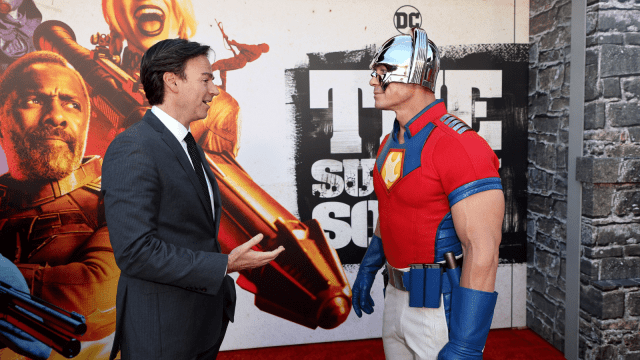 Warner Bros. Discovery seems quite determined to reinvigorate the live action DC Universe, by making the big move of appointing James Gunn and Peter Safran as co-heads of DC Studios.

The news immediately resonates with comic book fans on both sides of the DC and Marvel fence, seeing as James Gunn has dabbled in both camps. His work on Guardians of the Galaxy and The Suicide Squad speaks for itself, and likely needed no introduction.

The more innocuous name in the pairing to create a DC equivalent of Kevin Feige, is Peter Safran. His credentials for such big shoes aren’t quite as obvious as Gunn’s, so we’re going to carefully break down his resume for you.

Safran is no stranger to building a Hollywood-tier cinematic universe, with a primary credit of his being production work on all of the films in The Conjuring franchise, with the exception of The Curse of La Llorna.

His work on the franchise continues despite today’s news as far as we’re aware, with The Nun 2 and The Crooked Man, per his IMDB profile.

If superhero and horror films don’t overlap in your list of interests, let’s go over his credentials closer to home. Safran is no stranger to the universe formerly known as the DCEU, credited with producing Shazam!, Aquaman, The Suicide Squad, and Peacemaker. He’s also got two more DC projects inbound, in Shazam! Fury of the Gods and Aquaman 2.

So, not only was he involved with arguably the better films from the DC’s more recent outings, he’s also worked closely with Gunn in the past on the exceptional standalone Suicide Squad sequel, The Suicide Squad, and its John Cena-fronted spinoff.

The dynamic between Gunn and Saffran going forward will reportedly be Gunn looking after the creative side, while Safran handles the business hurdles. With the powers of these juggernauts combined amid this DC leadership shakeup, perhaps bringing Zack Snyder back into the DC fold will be possible after all.