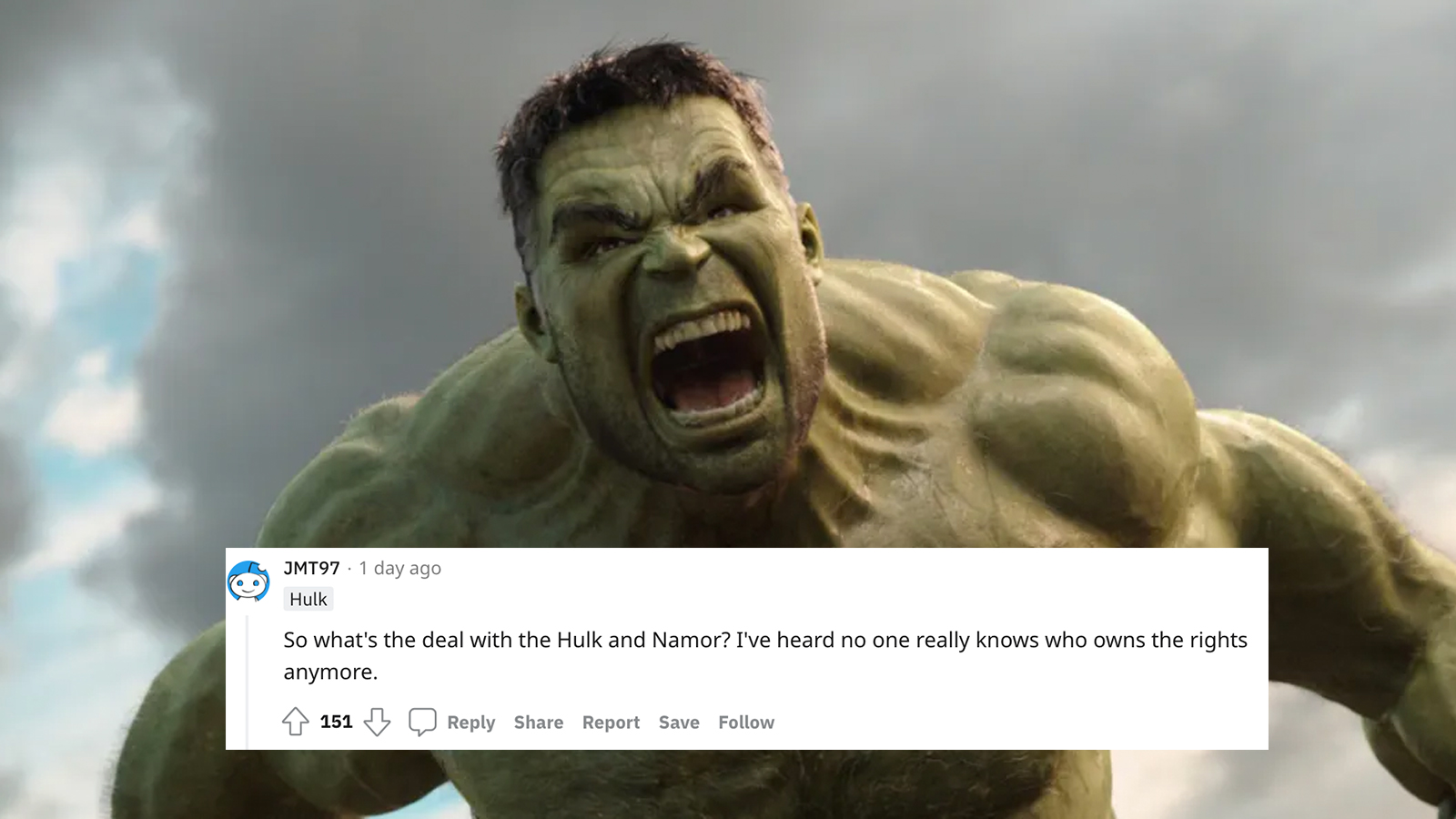 A former Marvel Studios lawyer has suspiciously declined to comment on a question about who owns the rights to Hulk.

Paul Sarker is an entertainment lawyer who has represented producers, artists, brands and studios. He previously worked as a lead production attorney for Marvel and shared some insight into the role in an AMA on the Marvel Studios subreddit.

Sarker said his role included overseeing contracts for MCU films, finalising actor and director deals, managing the guest lists of premieres and afterparties as well as working on deals to license Marvel characters in entertainment centers and theme parks.

It’s worth noting he did not clarify when he left the company. But he mentioned being around during San Diego Comic-Con in 2013 and working on films from Phase Two.

A fan in the Reddit AMA asked him which studio owns the rights to the Hulk and Namor characters. In case you weren’t familiar, Marvel hasn’t made a standalone movie for Mark Ruffalo’s mean and green fighting machine because it doesn’t own the production rights, Universal Studios does.

So this next tidbit is rather interesting: Sarker said he wasn’t sure if he could answer the question, jokingly attributing it to a “fear of getting sniped” by a Marvel executive.

One fan noted the fact Sarker couldn’t answer the question could mean Marvel was in the middle of a deal to secure the rights to the characters. Typically, if an acquisition or a transfer of ownership was in the works, he wouldn’t be able to say. So it could mean we might get an adaptation of the World War Hulk storyline in the MCU.

Ruffalo’s Hulk popped up in the first official trailer to She-Hulk yesterday. It stars Orphan Black‘s Tatiana Maslany as a gamma girlboss lawyer juggling her new Hulk powers and day job in the courtroom.