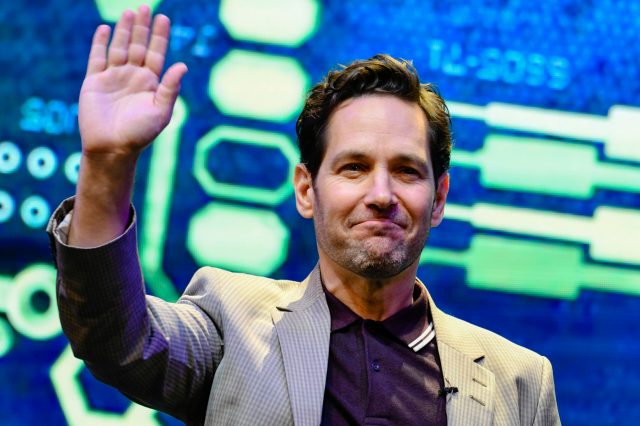 Photo by Keith Tsuji/Getty Images for Hong Kong Tourism Board

The MCU has spawned many fan theories, from who will be the next Marvel comics character to jump to the movies, to alternative ways that certain films could have ended. Now Paul Rudd has finally stepped in to answer why Ant-Man didn’t go somewhere slightly less sanitary than the Quantum Zone.

Since Avengers: Infinity War hit screens, fans have asked why Ant-Man couldn’t shrink down and “enter” Thanos before growing back to full size, ripping Thanos apart in a scene that would likely resemble Fantastic Voyage if directed by David Cronenberg.

The highly memetic fan theory started out as a series of Reddit posts. Originally the idea was a lot less crude, with fans suggesting that the Avengers stick Hulk in an Ant-Man suit and then have him shrink down and enter Thanos’ mouth. Then, once inside, Hulk could expand, ripping Thanos apart.

However, this theory quickly took a dirtier tone. Many internet users suggested other, lower, entry points. Including a post from December 2017 which was one of the first to mention Thanos’ rear end.

While of course this isn’t how the demise of Thanos played out, Rudd referenced the theory in a new show called Avengers: Quantum Encounter. This dinner show, held aboard the Disney Wish cruise line, allows fans to get up close and personal with some of their favorite Marvel heroes, including Paul Rudd and Evangeline Lilly who reprise their roles of Ant-Man and The Wasp.

During one of the video segments, the pair introduce themselves. Then Ant-Man interjects by saying:

“Look, before we start, let me address the elephant in the room. There has been a lot of chatter out there asking why I didn’t shrink down, go in and kill Thanos in a really creative way. First of all, gross! Second of all, it’s more complicated than that. Let me explain.”

However, before Ant-Man can go any further, The Wasp cuts him off and moves into the next part of the experience.

It should be noted that this isn’t the first time Rudd has addressed the theory previously during an interview with entertainmentie.

In 2019, Josh Brolin, who portrayed Thanos, responded to the theory by posting a video of himself on the toilet.

Avengers: Quantum Encounter is one of the many attractions on board the Disney Wish cruise ship and it is the centerpiece of the ship’s World Of Marvel attractions.

The Disney Wish also features experiences based on other Disney IPs, such as: a bar and a children’s area themed around Star Wars; a meeting place for Disney’s various queens and princesses called Fairytale Hall; and a state-of-the-art waterslide themed to Micky and Minnie Mouse.