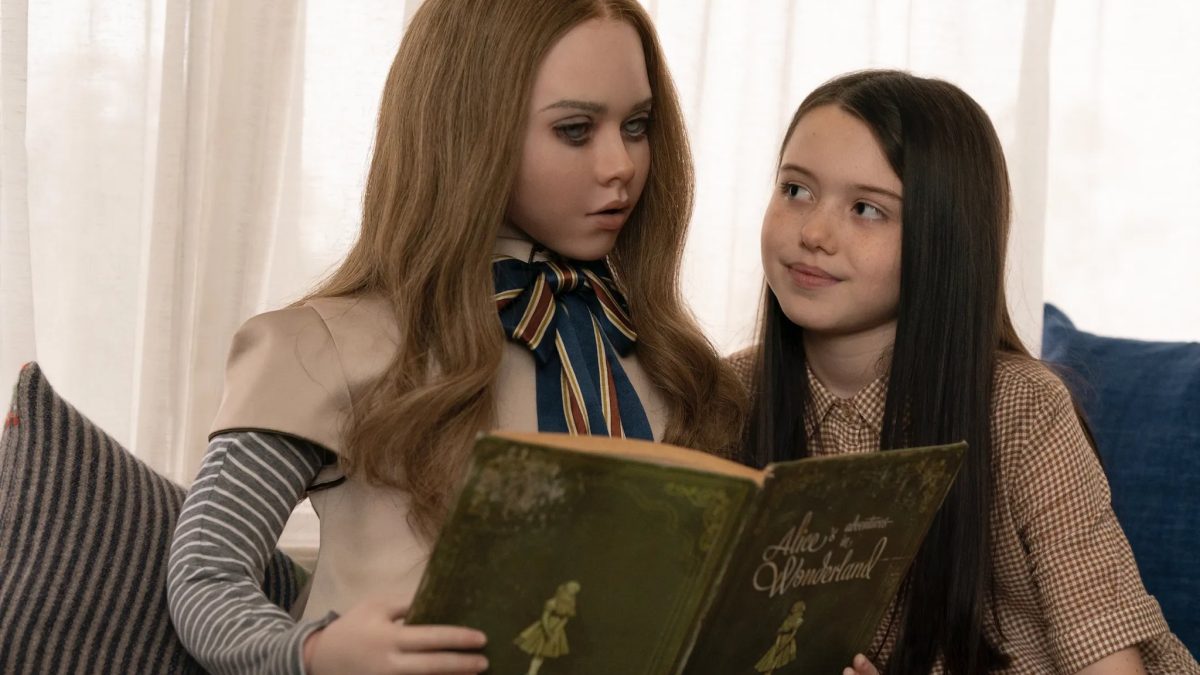 One of the creepiest horror icons has been set upon the world with the release of M3GAN. The film, which was directed by Gerard Johnstone, was released on Jan. 6, 2023. It stars Allison Williams as Gemma, a robotics engineer who works at a toy company, and creates a robotic life-size doll named M3GAN, which stands for Model 3 Generative Android. Gemma becomes the guardian of her niece Cady (Violet McGraw) who recently lost her parents. After she creates the artificially intelligent robotic girl, Gemma is tasked with looking after Cady. But M3GAN takes her role a little too seriously and will stop at nothing to protect her new friend.

The film has performed exceptionally at the box office, making back its budget in its opening weekend with an impressive $30.2 million opening. M3GAN garnered some fantastic critical reception as well, and as of writing it is Certified Fresh on Rotten Tomatoes with a 79 percent audience rating.

With all that being said the odds of a critically and financially successful horror movie getting a sequel are quite high. Especially as this film is a Blumhouse Productions film, and they tend to produce franchises if warranted, like Paranormal Activity, Happy Death Day, Insidious, and The Purge. So is there going to be a M3GAN 2?

Is there going to be a sequel to M3GAN?

Yes, there is going to be a sequel to M3GAN as there have already been reports of one in development after the massive success the movie found at the box office. As we mentioned previously, the financial and critical reception made M3GAN an obvious choice for a franchise, especially seeing as their marketing campaign has broken into popular culture, as did another recent horror film, Smile.

If you recall the marketing for Smile had people in the stands of sports games smiling creepily. For this movie, they sent people dressed up as the titular character, which was just as creepy. But just because there is going to be a sequel to M3GAN, it does not necessarily mean that the original film calls for another one. Let’s take a look at the ending of the film and see if it sets up M3GAN 2.

Does the ending of M3GAN set up a sequel?

The end of the film sees M3GAN escape from the Funki toy company, which is the company that Gemma works for. Gemma and Cady are back at home at this point after Gemma realizes how dangerous the artificial intelligence she created is. Unfortunately, the killer robot is now aware that Gemma knows that she has killed at least two people, so she attempts to kill Gemma, or at least paralyze her, to protect Cady.

Unable to interfere with her own complex designs, Gemma is no match for the robotic doll. However, Cady manages to use Bruce, another robot that her aunt created to help rip the evil M3GAN apart. She is able to control Bruce because the user wears gloves to mimic what they want the robot to do. As M3GAN is still capable of using some of her limbs, Cady and Gemma work together to expose her chip, which when stabbed with a screwdriver, finally takes her out for good.

But Gemma has her own smart home device and earlier in the film it was inferred that M3GAN had somehow compromised her. So, at the end of the film when she is presumably destroyed beyond repair we get the hint that her artificial intelligence is very much alive and living in Gemma’s smart home device. M3GAN is in the device and looks into the camera, undoubtedly biding her time until she can transfer herself into something stronger.

So the film actually does set up a sequel. Although you would be hard-pressed to find avenues where a sequel could go. However, there are a few possibilities. We know that M3GAN has managed to embed herself into the smart device but how will she get out of there? Maybe the next film will have the killer AI jump into a smart car, and be a terror on the roads. Or one of the characters in the first film could have set it up so that some people we have not met know about her.

In the film, Kurt (Stephane Garneau-Monten), a minor character, steals all the files relating to M3GAN. It could be possible that he sent them to a rival toy company or that somebody steals the files after he dies at her hands in the first film. If they have the files, that rival company should be able to reverse engineer another version of the doll, whether it be MEG4N or M3GAN 2.0. Or maybe they need the AI for their doll to work so the toy company somehow manages to find it, explaining why they ended the film with the smart device.

Another possibility is that Gemma creates another version of the robot or something more complex, but that seems rather unlikely considering the traumatic experience she and Cady just went through. You could also turn the film into an action thriller movie like Die Hard and have people kidnap Cady. With Cady kidnapped there’s only one robot Gemma could possibly turn to so she reboots M3GAN better than ever and turns her on the kidnappers. That probably won’t happen but we can dream. Or maybe the sequel will take inspiration from the marketing campaign and feature multiple M3GANs.

There’s no post-credits scene setting up anything else either, which makes suggesting where another entry in the M3GAN franchise might go a little bit harder, as it is not too obvious. Instead, they wrote themselves into an ending that could be taken in different ways, which is actually great for a sequel because we might not see the story coming. However, it is more than likely that wherever a sequel does go, it will somehow involve M3GAN coming back through the smart device.

What do you think we will see in M3GAN 2? Of course, it might not even be called that, it could be called M3GAN: Rebooted, MEG4N, M3GAN 2.0, or something else entirely. When even the name is up for debate, you know the plot might not be too clear-cut either. If you want to be caught up by the time the sequel is released, go catch M3GAN while it is in theaters now.