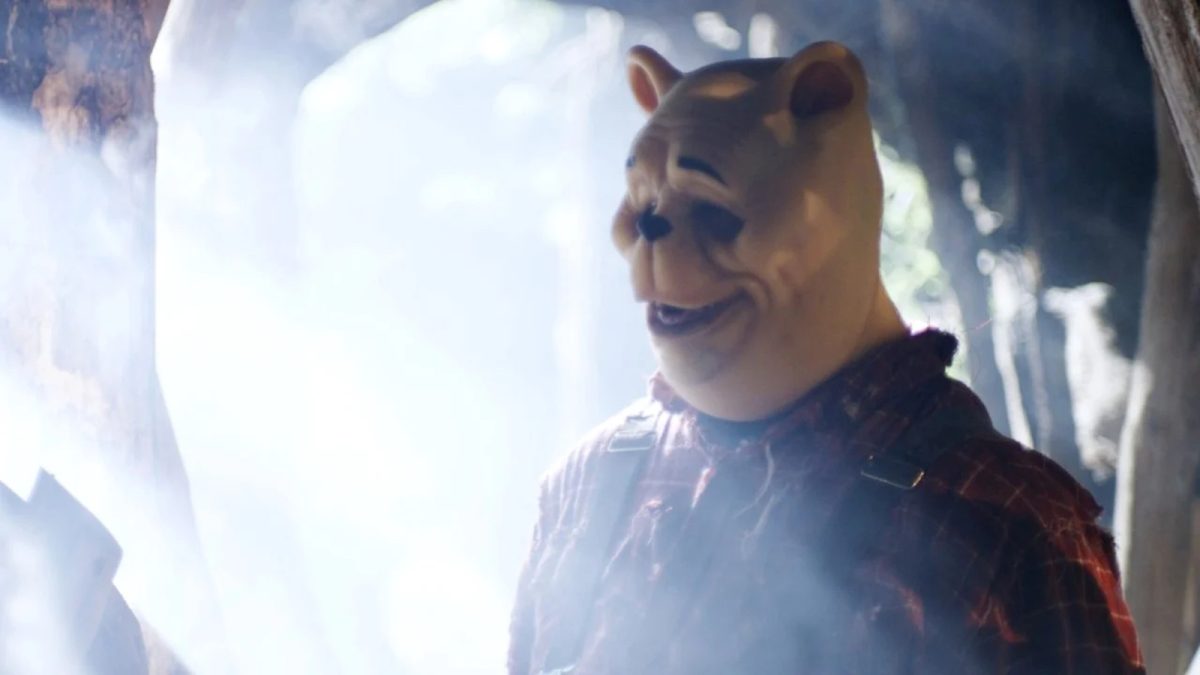 “If you go down to the woods today you’re sure for a big surprise” basically sums up the latest trailer for the upcoming horror film Winnie the Pooh: Blood and Honey. The independent slasher film has caused quite a stir within the horror community as it takes the once sweet, good-natured tubby bear and turns him into something much, much more sinister.

Winnie the Pooh: Blood and Honey started receiving a lot of interest after the first trailer went viral, leaving many wondering if anything from our childhood is sacred anymore. One thing to know about this film is that you will never look at your teddy bear the same way again after seeing just how vicious they can become when left neglected. Best to just leave them up in the attic if that’s where you stored them.

The latest trailer sees Christopher Robin and a female friend entering the Hundred Acre Wood. “We should be close now,” he tells her as ominous music plays on top, “Pooh, Piglet, Eeyore, we were friends for many years.” When they arrive at their destination, things don’t look quite as Christopher last left them. Cue frightened friend, screams, blood, fire, guns, and lots of running as this trailer gives audiences a fast-paced look at the carnage that is to come.

Despite having said he was unsure when the film would be released initially, it would seem his original trailer having gone viral has pushed writer-director Rhys Frake-Waterfield to move quickly to make the most of the attention his film is receiving.

The film is set for a one-night theatrical showing on Feb. 15, through Fathom Events, Altitude Film Distribution, Cineplex Entertainment, and Cinemex. Around the same time, the film will also receive a cinematic release in the Netherlands, Belgium and Luxembourg.