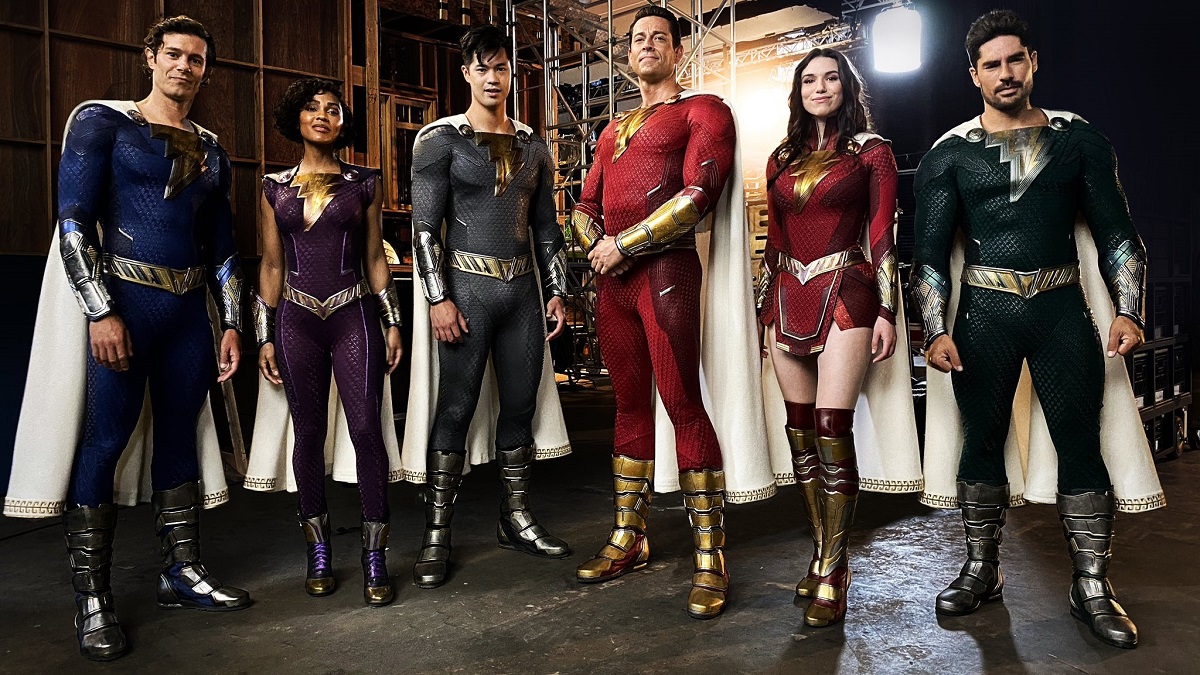 Shazam! was a movie full of magic with an extra dose of emotion and Zachary Levi doesn’t want to lose that in Shazam! Fury of the Gods.

Warner Bros. began their CinemaCon presentation with the DC sequel starring Levi who shared the aspects that he felt made the first movie so special.

Shazam!, released in 2019, was a superhero story that’s really about discovering your true family. Billy Batson is an orphaned child, who is deemed a nuisance for running away from his foster homes in search of his mother, but when he comes to live with Victor and Rosa Vasquez and their five children, he learns the real meaning of family. His already complicated life gets more tangled when he is chosen by the wizard Shazam to possess the power of the gods because of his pure heart.

Billy goes on adventures with his new friend/foster brother Freddy Freeman who helps him discover his new powers. By saying his magical name, a lightning bolt strikes him and he grows into the mighty Shazam. He fights the superpowered Thaddeus Sivana (Mark Strong) who wants Shazam’s powers for himself and the Seven Deadly Sins. By the end of the movie, he realizes that in order to win he needs to rely on his siblings and he shares his powers with them, turning them into superheroes who help him save the day.

In Fury of the Gods, Shazam will battle the three daughters of the Greek god – Atlas Hespera (Helen Miren), Kalypso (Lucy Liu), and the yet-unnamed third daughter played by Rachel Zegler. While the trio will be aided by dragons, harpies, and cyclops in the sequel, Shazam will once again have his superpowered ready to help him navigate the troubled waters.

Many new scenes from the film were shown at CinemaCon, and although the footage isn’t permitted to be posted online, reports have stated that Wonder Woman appears in the sequel but it isn’t the Amazonian warrior we know.

Shazam! Fury of the Gods comes to theaters this Dec. 16.