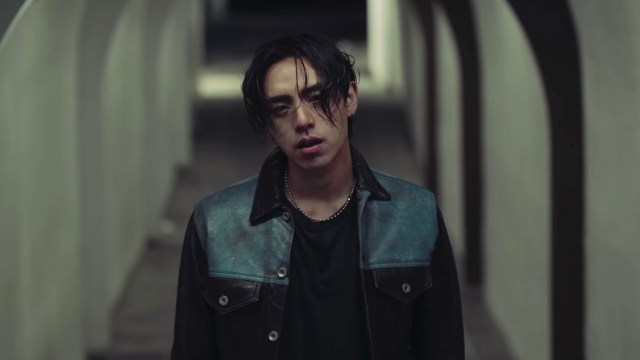 Yeah yeah, K-pop is a major flex all around the world, but that doesn’t mean you should sleep on the brilliant musical wave that is Korean RnB, or K-RnB for short. Blending a mix of hip-hop, rap, indie music, and soul, this genre has been growing for many years, and while it is yet to imitate the success of K-pop globally, it’s still worth checking out some of the fantastic artists under the RnB umbrella.

With their fresh sounds, and rising popularity, here are 10 K-RnB artists you should give a listen to.

Kwon Hyuk, popularly known by his stage name, DEAN, is a singer-songwriter, rapper, and record producer. DEAN had started his music career by joining a crew at age 16, and in two years, he was already writing songs for some of K-pop’s biggest stars. He made his debut in the United States in 2015 with the collaboration single “I’m Not Sorry” featuring Eric Bellinger. Later that year, he debuted in South Korea with the single ”Pour Up” featuring ZICO. DEAN has been nicknamed the “RnB Prince of Asia,” and hit the third spot on Billboard’s World Albums chart with his EP 130 Mood: TRBL.

Shin Hyo Seob, whose stage name is Crush, is a singer-songwriter and producer widely known throughout the Korean RnB and hip-hop scene. He started making music when he was in middle school and frequently sent demos to the record label, Amoeba Culture. In 2013, he signed under the label and officially debuted the next year with the single, “Sometimes.” Later in the year, he released his first album, Crush on You. He remained with Amoeba Culture until 2019 when he signed with the Entertainment agency P Nation. Crush is also part of the Hip-hop crew Fanxy Child alongside other stars ZICO, Penomeco, DEAN, and Millic.

Christian Yu, also known as DPR Ian, is a singer-songwriter, rapper, and director. He moved to South Korea from Sydney, Australia to pursue a dance career. He was later street-cast by an entertainment agency and made his debut as a member of the K-pop boy group, C-Clown. Unfortunately, C-Clown disbanded in 2015, but that didn’t stop Ian. He chose to join his friends: LIVE, REM, and CREAM, to establish the record label, Dream Perfect Regime (DPR). He made his solo debut in 2020 with the single “So Beautiful” and later released an EP titled Moodswings in This Order (Disorder). He recently released his first full album, Moodswings in To Order on July 29, 2022.

Offonoff is a duo that made their unofficial debut in 2015 with the hit single “Bambada”. When the duo signed under a company the next year, they made their official debut with the single “Bath.” The members are: Colde, who serves as the vocalist, and  0Channel, the producer and DJ. Colde has worked with various successful K-pop artists including: BTS’s RM, EXO’s Baekhyun, and soloist Heize. The duo’s contemporary RnB music style sent their album, Boy, to the 27th spot on the Circle Album chart.

Jang Da Hye, popularly known by the stage name Heize, is a singer-songwriter, rapper, composer, and producer. She made her debut in 2014 with the self-titled EP Heize, and went on to participate in the competition show Unpretty Rapstar in 2015. In 2019, Heize released her first full-length album, She’s Fine, which was ranked on Billboard’s 25 Best K-pop Albums of that year.

Lee Hai, whose stage name is Lee Hi, is a singer-songwriter who rose in prominence with the single “1,2,3,4”. She participated in the reality competition, K-pop Star, and came in second place. She later signed under YG Entertainment and made her official debut with her first full-length album First Love, which came in two parts. Lee Hi’s debut single won her the award for Best Rookie of the Year at the 2012 Golden Disc Awards. In 2019, she terminated her contract with YG and joined the record label AOMG.

Cho Seung Youn, professionally known as Woodz, is a singer-songwriter, rapper, dancer, and producer. In 2014, he debuted as a member of the Chinese-Korean boy group, UNIQ. He made his official solo debut two years later in 2016 under the name Luizy after he participated in the rap competition show, Show Me the Money. His debut single was titled “Recipe” and featured a collaboration with the rapper Flow-Sik. In 2019, Woodz joined X1, a group formed by the show Produce X 101, but the group failed to take off and disbanded in early 2020. He has continued to pursue a solo career as Woodz and has gained mass popularity.

Kim Hyun Jung, popularly known as Hoody, is a singer and songwriter that is currently signed under the record label, AOMG — making her the first female artist signed under the label. Hoody debuted in 2013 as a member of the underground hip-hop crew, Amourette, and has collaborated with various artists, both Korean and international. Hoody released her first full album titled Departure in 2019.

Eric Nam is a singer-songwriter and television star who made his debut in 2013 with the EP Cloud 9, supported by the lead single “Heaven’s Door”. In the same year, he joined the Arirang TV show After School Club as an MC. He is signed under CJ E&M and has released two full albums, four EPs, and several singles. He has also participated in many TV shows and competitions as both a host and contestant. In the 2018 Winter Olympics, Eric was an honorary ambassador and was featured on NBC Primetime.

Kim Ji Hyun, professionally known as G.Soul or Golden, is a singer and songwriter who made his debut in 2015 under JYP Entertainment with the EP Coming Home. Although he had trained under JYP Entertainment for 15 years before his debut, he did not renew his contract. Instead, he signed under H1GHER Music in 2017. He has collaborated with several artists including Jay Park, Big Naughty, and pH-1. His popular single “You” peaked at the ninth spot on the Circle Music Charts.