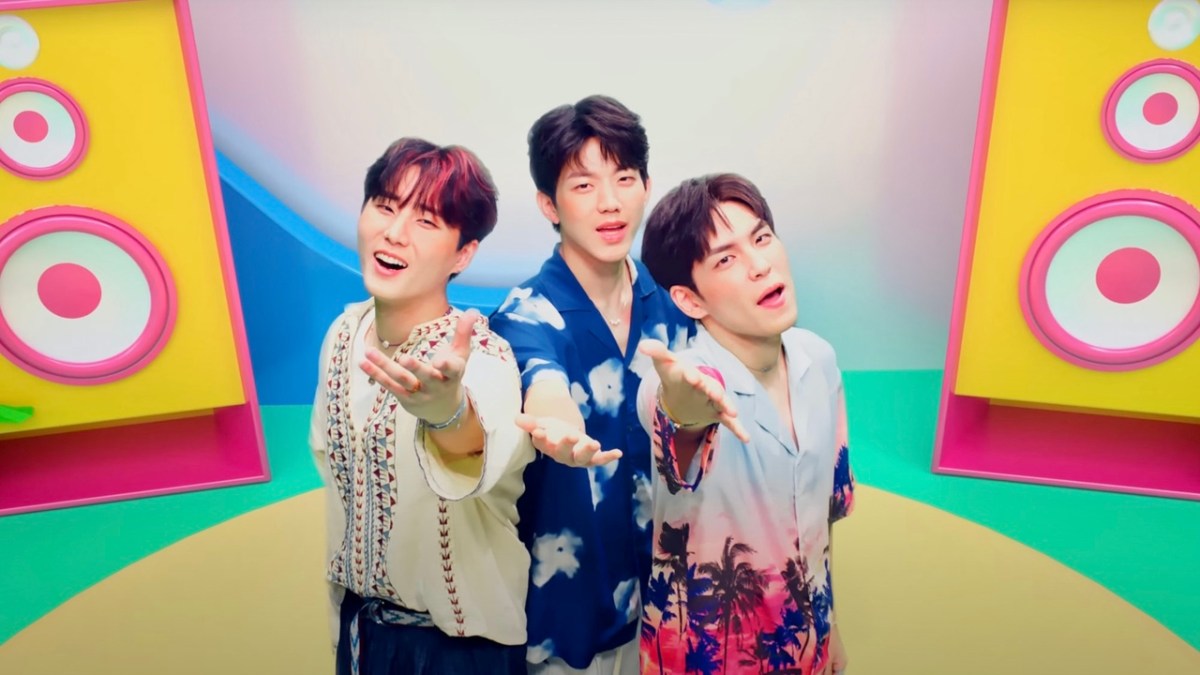 DAY6 is a K-pop band created and managed by JYP Entertainment since 2015. The band made their official debut on Sept. 7, 2015, with the EP The Day, which peaked at the penultimate spot on Billboard’s World Albums Chart. The band initially started with six members: Young-K, Sungjin, Wonpil, Jae, Dowoon, and Junhyeok, but currently boasts only four members.

The band has been nominated for several awards and has won a few, including the Best Band Performance Award at the 2019 Genie Music Award,  and the Idol Band Award at the 2021 Brand of the Year Awards. In 2021, DAY6 released their seventh EP The Book of Us: Negentropy.

Kang Younghyun, popularly known by his stage name Young-K, was born on Dec. 19 in 1993. He is 28 years old and stands at 180cm (five foot 11 inches) tall, making him the tallest member of DAY6. He is a singer, songwriter, rapper, and bassist. Young-K received his degree in Business Administration at Dongguk University. In 2010, he began his career as a member of a musical trio in Toronto, Canada.

That same year, he was scouted by JYP Entertainment and joined after passing the audition, staying on as a trainee for five years before DAY6’s official debut. Young-K is a member of the sub-unit Even of Day alongside two other band members. He also has a thriving solo career after making his debut in 2021 with the EP Eternal. Young-K enlisted in the military in October 2021 and will be discharged in April 2023.

Park Sungjin was born on Jan. 16 in 1993. He is 29 years old and stands at 178cm (five foot 10 inches) tall. He is a singer, songwriter, rhythm guitarist, and leader of the band. In 2010, he passed an audition and joined JYP Entertainment where he was a trainee for five years before the band’s official debut. He graduated from Kyungnam High School and Seoul Arts College. Sungjin enlisted in the military in March 2021, long before all his other bandmates. While he was discharged in September 2022, the others will not be discharged until 2023.

Kim Wonpil was born on April 28 in 1994. The 28-year-old stands at 176cm (five foot nine inches) tall. He is a singer, songwriter, keyboardist, and actor. Wonpil graduated from Jinsan High School and received his Associate of Arts degree at Daekyeung University. He joined JYP Entertainment in 2010 and was a trainee for five years before the band’s official debut. Wonpil is a member of the sub-unit Even of Day. He made his acting debut in the web drama Best Mistake 3.

In 2022, he also broke into the solo music scene and released his solo debut album titled Pilmography. Wonpil enlisted in the military in March 2022 and will be discharged in November 2023.

Yoon Dowoon was born on Aug. 25 in 1995 and at 27 years old, is the youngest member of DAY6. He stands at 178cm (five foot 10 inches) tall. He is a singer and drummer. Dowoon graduated from Peniel High School of Arts and received a degree in Applied Music at Busan Arts College. He joined JYP Entertainment in 2015 after passing his drumming audition and was a trainee for four months before the band’s official debut.

He was not a trainee for long, unlike his other bandmates who spent years training. Dowoon made his solo debut in 2021 with the digital single “Out of the Blue.’ He enlisted in the military in January 2022 and will be discharged in July 2023.

Is Jae still a part of the group?

While many fans had hoped that Jae was only away from the group on a personal hiatus, JYP Entertainment released a statement via their official Twitter account announcing that he has parted ways with both DAY6 and JYP Entertainment.

This makes him the second member to leave the group, as Junhyeok left in 2016 for personal reasons. All four members of DAY6 are currently enlisted in Korea’s mandatory military scheme, and with Wonpil set to be the last member of the group to be discharged (in November 2023), fans will have to wait a while, probably until 2024, before any new material from the group is released.