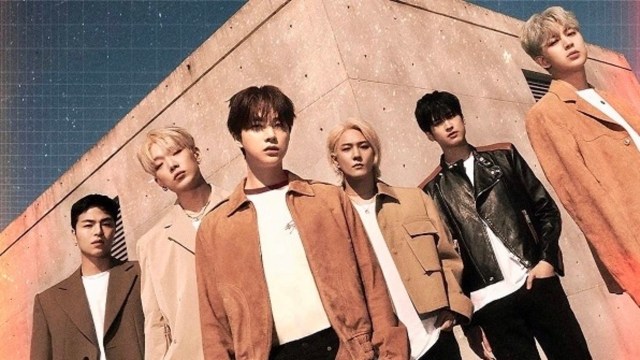 iKON was created through two survival shows, WIN: Who Is Next, and Mix & Match. The group made its official debut in 2015 with the album Welcome Back which topped the Circle Album Chart.

Before their debut, Billboard named iKON as one of the Top Five K-pop Artists to Watch in 2015. After a brief hiatus, the group made a comeback this year with their fourth EP Flashback. Here are all the six members of iKon, for a chance to get to know them better.

Kim Jinhwan, also known as Jay, was born on Feb. 7 in 1994 and is 28 years old. He stands at 165cm (five foot five inches) tall, and is the main singer and dancer of the group. Jay was a former trainee under SM Entertainment and switched over to YG Entertainment in January 2011. He was a trainee for four years and eight months before the group’s official debut. Jay graduated from middle school and acquired his GED Certificate.

Kim Jiwon, known by his stage name Bobby, was born on Dec. 21 in 1995. He is 26 years old and stands at 175cm (five foot nine inches) tall. He is a singer, songwriter, rapper, and producer. While living in Virginia, Bobby participated in the 2010 YG Global Auditions in New York and successfully passed. In 2011, he joined YG Entertainment and was a trainee for four years and eight months before iKON’s official debut. Besides being a member of the famous group, he is also known for winning the third season of the MNET rap competition Show Me the Money. In 2016, Bobby debuted as a solo artist with the single ”Holup” which peaked at the fourth spot on the Circle Music Chart. In September 2021, Bobby announced that he had become a father with the birth of his son. He is set to marry his fiancé soon.

Song Yunhyeong was born on Feb. 8 in 1995 and is 27 years old. He stands at 175cm (five foot nine inches) tall and is the center and visual of the group. He joined YG Entertainment in 2012 and was a trainee for three years and four months before iKON’s official debut. Song attended and graduated from the Department of Broadcasting & Entertainment at Hanlim Arts School. In 2017, he participated in Law of the Jungle, a South Korean reality documentary.

Koo Junhoe, also known as Ju-ne, was born on March 31 in 1997. He is a 25 year old singer and actor, and stands at 182cm (six foot) tall. He dropped out of middle school and later on acquired his GED Certificate. In 2011, Ju-ne participated in the reality competition K-pop Star but did not win. He was then recruited the next year as a trainee under YG Entertainment. Ju-ne was a trainee for three years before the group’s debut. He is set to make his acting debut in the upcoming drama Even If I Die Once Again.

Kim Donghyuk, popularly known as DK, was born on Jan. 3 in 1997 and is 25 years old. He is 174cm (five foot nine inches) tall and is a singer and dancer. DK was a former trainee under SM and had won first place at the 2012 JYP Open Auditions to become a trainee. Later that year, he was recruited into YG Entertainment and was a trainee for two years and nine months before iKON’s official debut. He graduated from middle school and acquired his GED Certificate.

Jung Chanwoo was born on Jan. 26 in 1998. He is 24 years old and stands at 181cm (five foot 11 inches) tall. He is a singer and actor. Chan dropped out of Seowon High School and later acquired his GED Certificate. He made his film debut in 2008 in the movie Lost and Found. From 2005 until 2010, Chan was a former Kid’s Planet Entertainment trainee and joined Fantagio Entertainment after, where he stayed until 2014. He then joined YG Entertainment after departing Fantagio, and was a trainee for 10 months before the iKON’s debut.