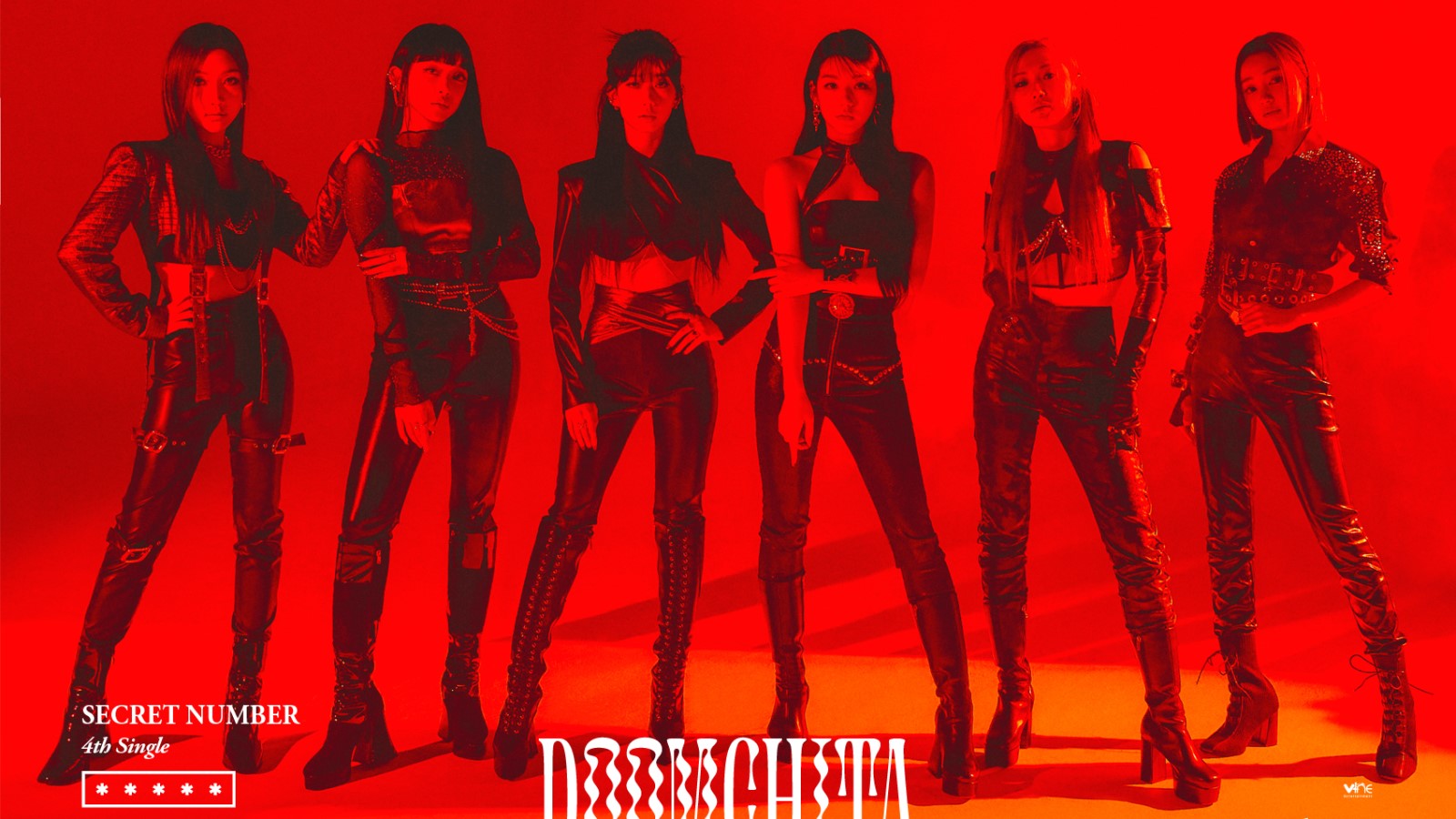 Formed and managed by Vine Entertainment, Secret Number is a six-member girl group that debuted in 2020. Originally launched with five members, the group has gone through a couple of lineup changes over the two years since their debut.

As of July 2022, the girls have released four singles, with “Doomchita” (둠치타) being the most recent. A subunit of three members has also appeared on the soundtrack of the hit K-drama A Business Proposal — they sing an alternative version of the main OST, “Love, Maybe,” originally sung by the duo MeloMance.

Secret Number debuted with the single “Who Dis?” on May 19, 2020. The group was announced in December 2019 and was supposed to debut in March 2020, but the beginning of the COVID-19 pandemic slightly delayed those plans. A dance cover video posted to YouTube and individual introductions on Instagram revealed the five original members: Jinny, Léa, Soodam, Dita, and Denise.

After the first few months of their debut, by the end of 2020, the group achieved commercial success and was named Rookie of the Year at several Korean award shows.

Now a six-piece, Secret Number consists of Léa, Dita, Jinny, Minji, Soodam, and Zuu. If you want to know more about each of the members, their ages, and where they are from, all you need to do is keep reading.

All the current Secret Number members

The leader and a sub vocalist of the group, Léa (레아) was the last member revealed. She used to be part of the group SKarf under the stage name Hana and, in 2017, she was also a contestant on the survival show MIXNINE. Born in Japan, her birth name is Ogawa Mizuki (小川美月).

Born in Indonesia as Anak Agung Ayu Puspa Aditya Karang, Dita (디타) is the main dancer, a lead vocalist, and a lead rapper in the group. She is the first Indonesian idol in K-pop. Prior to Secret Number being formed, she was a dancer from 1MILLION Dance and also trained in New York.

Park Jin-hee (박진희), or simply Jinny (지니), was the first member revealed for the group. She is the main rapper and a lead vocalist. During her time as a YG Entertainment trainee, Jinny was a pre-debut member for BLACKPINK, but didn’t make it to the final lineup. In 2018, she also appeared on the survival show Produce 48. Jinny was born in the United States and speaks fluent English and Mandarin.

Main vocalist Park Min-ji (박민지) joined the group in October 2021, with the single “Fire Saturday.” Before she was a part of Secret Number, Minji was a contestant in two survival shows: Produce 101 in 2016 and Produce 48 in 2018. She helped compose a song for the K-drama IDOL: The Coup soundtrack.

In addition to being a lead vocalist and lead dancer, Lee Soo-dam (이수담) also plays an important part as the center and visual of the group. She learned traditional Korean dancing when she was young and pursued a major in dance and Korean dance in university.

Secret Number’s current youngest member, the maknae, is Zuu, or Ji Yeong-ju (지영주), who also joined the group in October 2021 with the single “Fire Saturday.” Zuu is a lead dancer and sub vocalist in the current lineup.

Denise (데니스) Kim is Korean-American and the former main vocalist of the group until the end of her contract with Vine, in February 2022. She also used to be the maknae. Prior to Secret Number, Denise was as a contestant on the competition show K-pop Star 5 from 2015 to 2016 and a trainee at YG Entertainment from 2016 to 2018.