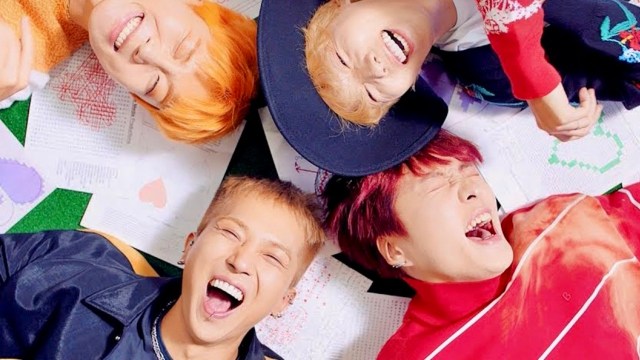 Winner is a four-member K-pop boy band under YG Entertainment. Winner was originally a five-member group consisting of members Yoon, Mino, Jinu, Taehyun, and Hoony. In 2016, however, Taehyun left the band to take care of his mental health. Winner was created through the MNET survival program WIN: Who Is Next, and the group made its debut in 2014 with the album 2014 S/S. The album earned them the record of the fastest group to top the Billboard World Album Chart at the time.

Winner were dubbed “monster rookies” who are known to contribute to writing, choreographing, and marketing their songs. Winner released their fourth EP Holiday in July, 2022, after they had all returned from Korea’s mandatory military service. With a new resurgence and a new set of fans, get to know the four stars that make up Winner.

Kang Seungyoon was born on Jan. 21 in 1994 and is 28 years old, standing at 180cm (five foot 11 inches) tall. He is a singer, songwriter, actor, and leader of the band. Yoon participated in the MNET competition Superstar K2 in 2010, and joined YG Entertainment the following year where he was a trainee for three years before the band’s debut. After dropping out of middle school, Yoon attended Busan High School of Arts and also earned his bachelor’s degree at Gukje Cyber University. His acting debut came in 2011 with the drama High Kick: Revenge of the Short-Legged, and his solo debut was in 2013 with the digital single “It Rains”. Yoon enlisted for his mandatory military service in April 2020 and was discharged in December 2021.

Kim Jinwoo, also known as Jinu, was born on Sept. 26 in 1991. The 31 year old singer, songwriter, and actor stands at 176cm (five foot nine inches) tall. In 2010, Jinu joined YG Entertainment and was a trainee for four years before the band’s debut. He graduated from Mokpo Technical High School and is studying at Gukje Cyber University. He made his acting debut in 2016 with the web series Magic Cellphone and his solo debut came in 2019 with the single album Jinu’s Heyday. Jinu enlisted for military service in April 2020 and was discharged in December 2021.

Lee Seunghoon, also known as Hoony, was born on Jan. 11 in 1992 and is 30 years old. The singer, songwriter, choreographer, and rapper stands at 181cm (five foot 11 inches) tall. In 2012, he was a contestant on SBS’s K-pop Star and finished in the top four. He joined YG Entertainment afterward and was a trainee for two years before the band’s debut. Hoony graduated from Keumjeong High School and is attending Gukje Cyber University. He enlisted in April 2020 and was discharged in January 2022.

Song Minho, popularly known as Mino, was born on March 30 in 1993. The 29 year old singer, songwriter, rapper, producer, and actor stands at 180cm (five foot 11 inches) tall. He was a trainee under BrandNew Stardom Entertainment and Y2Y Contents Company. In 2011, he debuted as a member of the boy group B.o.M under Y2Y Contents Company but the group disbanded two years later. Mino then joined YG Entertainment in 2013 and was a trainee for a year before Winner’s debut. In 2018, he made his solo debut with the album XX and the lead single “Fiancé”. Mino made his acting debut in the Netflix movie Seoul Vibe.