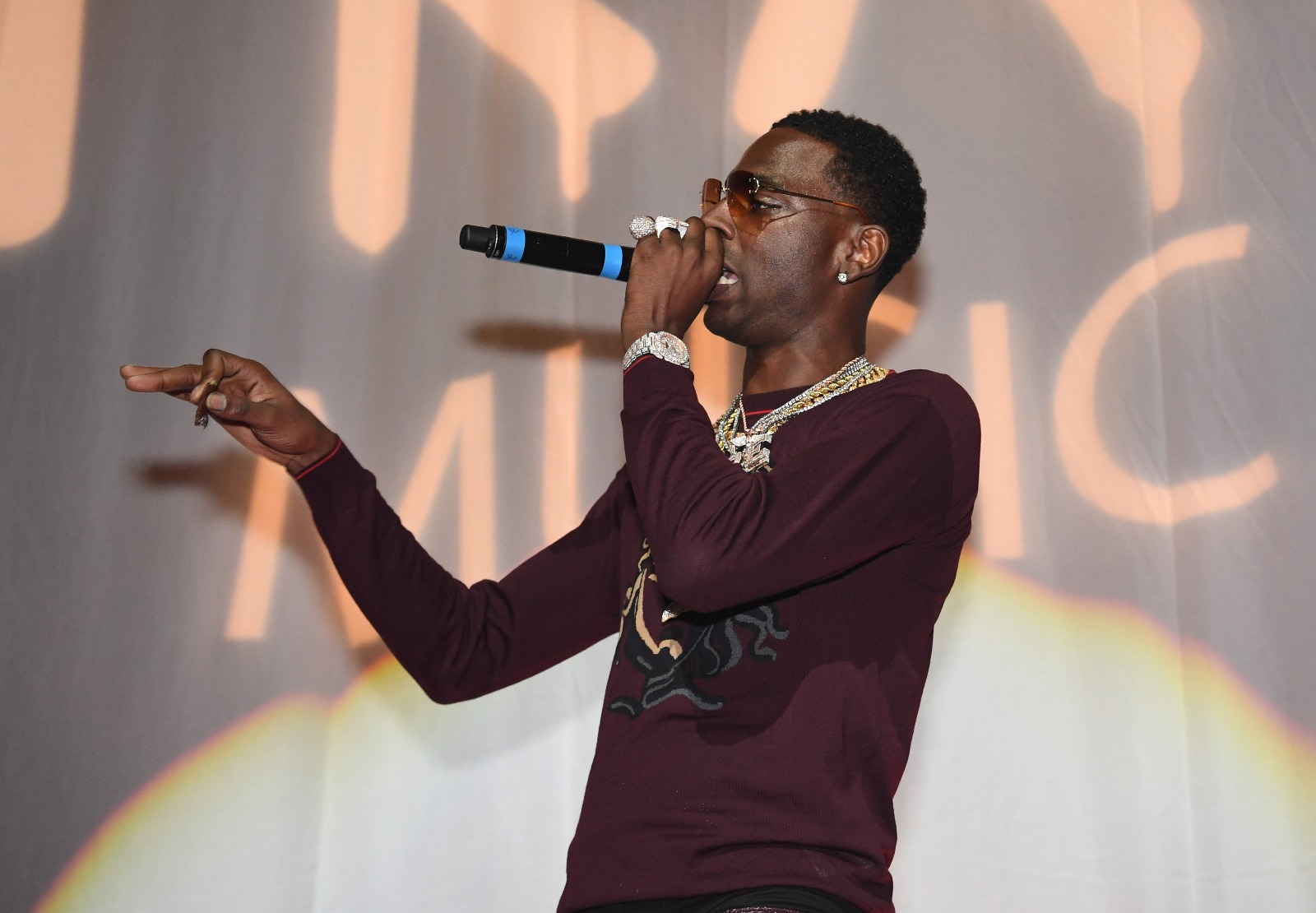 An autopsy report reveals that popular rapper Young Dolph, born Adolph Thornton, Jr., was shot 22 times, and that his death was a homicide.

Young Dolph was killed on November 17 of last year in Bluff City, Tennessee, outside of a bakery while buying cookies. The autopsy states his cause of death is “gunshot wounds to the head, neck, and torso,” according to a local news report. Of the 22 gunshot wounds, some are listed as exit wounds, and others are categorized as undetermined.

He was shot in multiple locations over his body, including his face, back, arms and shoulders. In January two suspects, Justin Johnson and Cornelius Smith, were both arrested and indicted on charges of murder in relation to the slaying.

The two men allegedly jumped out of a stolen Mercedes-Benz, and started shooting at Dolph and his brother. Surveillance video captured the shooting, and police used it to track down the suspects. A third suspect named Shundale Barnett has a warrant out for his arrest in connection to the murder.

Police are also looking for two other men, Devin Burns and Joshua Taylor, who are listed as persons of interest in the investigation.

U.S. Marshals put out a $15,000 reward for Johnson, according to Fox13 Memphis. Johnson went on social media and said he was going to turn himself in, but he never did so. Johnson is a rapper as well, performing under the name Straight Drop.

Young Dolph was a popular rapper on the rise, who shot to fame with the release of his debut album, King of Memphis, in 2016.