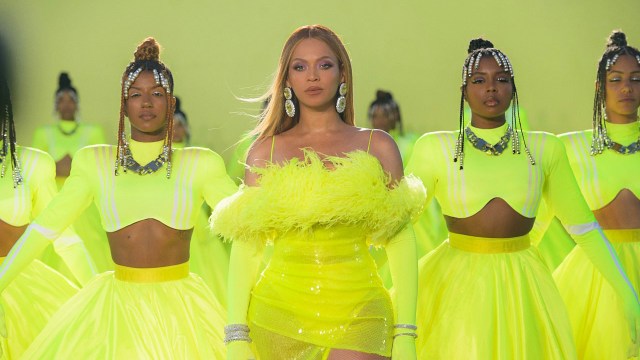 Beyoncé’s Renaissance is one of the year’s most hyped albums. And now, Beyoncé has confirmed the album’s tracklisting on an Instagram story, giving fans an early hint of what to expect when her seventh studio album hits shelves.

The simple story features a countdown timer to the album’s release and a shiny rotating tracklisting that slowly forms as the story progresses.

The tracklisting featured in the story is:

The excitement for the album has been growing in recent weeks due to Beyoncé’s photoshoot for British Vogue. The shoot, which saw the music legend donning several stunning outfits, featured some fascinating comments by the article’s writer. During the shoot, they were given a sneak preview of the album. They described what they heard by saying:

“Instantly, a wall of sound hits me. Soaring vocals and fierce beats combine and in a split second I’m transported back to the clubs of my youth. I want to get up and start throwing moves. It’s music I love to my core. Music that makes you rise, that turns your mind to cultures and subcultures, to our people past and present, music that will unite so many on the dance floor, music that touches your soul.”

Part of the excitement is due to how long it has been since fans were last treated to a full Beyoncé studio album. Her last studio album was the very popular Lemonade, the album that launched the hit singles “Sorry” and “Freedom.” While this album did win several awards, it came out in 2016, meaning that Beyoncé’s fans have had to wait 6 years for new material. So it is easy to see why everyone is eagerly awaiting these new tracks.

Beyoncé’s new album, Renaissance, will hit stores and digital download platforms on July 29th. Those who want an early preview can listen to “Break My Soul,” the lead single from the album that landed on June 20th. The album is being released by Columbia Records and will be available from all major music retailers.