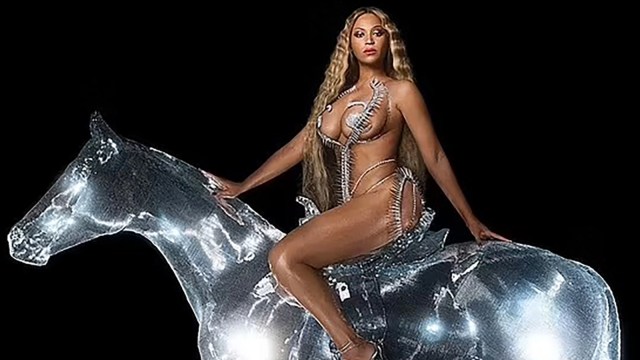 Beyoncé has been known for being in complete and full control of her career and image, whether it was carefully orchestrating all of her pregnancy announcements down to the reveal of her various maternity dresses, to refusing to allow her photos to be retouched on the Austin Powers: Goldmember publicity photos and posters. This has extended to the release of her forthcoming album Renaissance, with even the tracklist release an event of its own.

Which is what makes it a surprise that somehow, somebody was able to release the full album to the internet a full 36 hours before its official release. After all, in 2013 she dropped the “visual album” Beyoncé having kept it a complete secret from even her most serious stans, announcing it with a surprise Instagram announcement.

According to a report in Variety, the entertainment publication was able to find FLAC files online and bootleg CDs of the album for sale overseas within minutes of searching for it on social media. As a reminder, here is the album cover as revealed by Beyoncé last month:

The Beyhive immediately went into action defending their Queen Bey on social media, denouncing the leak.

While others promised that Bey herself would visit a furious vengeance on anyone caught leaking:

And this person doesn’t care what the consequences are, they will post a Beyoncé leek:

Whether you illegally download her album, or do the right thing and listen to Renaissance when it’s officially released after paying for it, one thing is for certain; it will be overrated.