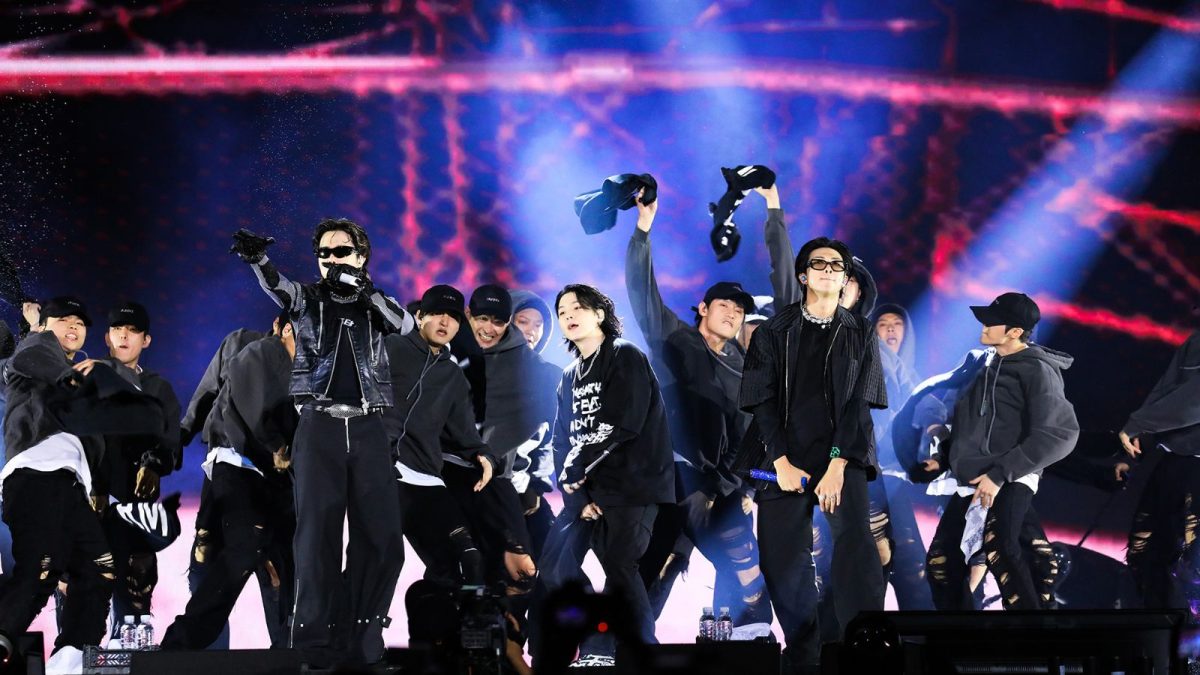 Most people know BTS as the seven-member group from South Korea with an unmeasurable amount of fans and 10 years of music under their belt. While that is undeniably true, BTS has proven its worth time and time again via its ingenious musical expertise and unmatched stage presence.

The BigHit Entertainment group has given the K-Pop wave a new chance at becoming one of the most profitable industries in the world — and that they did. While BTS became known for its multi-skilled members and versatile discography, all seven idols have pursued their own solo endeavors outside of BTS in one way or another. In the form of EPs, singles, and studio albums, all of the BTS members have worked on their individuality and unique sound disconnected from BTS’ own repertoire.

At the beginning of the year, BTS and HYBE announced the group would go on a break from group activities after the release of their anthology album, Proof. This would mark the start of BTS’ individual journey as each member enlists in their mandatory military service. So far, two studio albums have been released, so here are all the seven solo albums and EPs from each member to discover if you’re missing BTS a little too much.

The leader and lead rapper of BTS, Kim Namjoon, known by his stage name RM, has shown time and time again his desire to work on flashing his individual colors through the release of his solo music. His self-entitled EP RM was released on Soundcloud two years after BTS’ debut. Comprising 11 tracks, RM engulfs fans and listeners with his insecurities and doubts as a person and musician. This mixtape marks the first out of three incredibly personal and introspective music records.

Next up came Mono, three years later. This mixtape features seven songs, all sung in Korean and English alike. RM laid bare his insecurities once again, through the constant thematics surrounding loneliness and sorrow. In spite of its broodier themes, Vulture still qualifies this EP as the perfect amount of comforting, stating it “sounds like how settling into a lukewarm bath feels: cleansing, just the right amount of steamy, and soothing to the touch.”

His third and most recent record is also his first studio album, Indigo. Out of all three solo projects, Indigo is by far the most personal storytelling record. Through Indigo, RM created an “archive to his twenties,” where he expands again on his loneliness and bitterness, but this time, he also delves into themes like heartbreak and bewilderment. Indigo becomes an ode to all young adults in their twenties via its poignant unraveling of a superstar’s innermost thoughts and feelings.

BTS’ main rapper Min Yoongi, also known as SUGA and Agust D — his solo persona — has currently two EPs out. Working as a composer and lyricist independently from a young age, the rapper finally released his own story through music in 2016 with Agust D, his eponymous debut mixtape. The EP comprises ten tracks, and it expands on his rise to stardom in contrast with his underground roots and influences. Agust D’s hardcore rap also emphasizes his struggles with mental illness in a country where vulnerability is considered taboo, exploiting his duality by overcoming his separation between Agust D, Suga, and even Min Yoongi.

His second EP came four years later. D-2 englobes an idiosyncratic production, completely distinct from his past record. Whereas Agust D focused on the past, D-2 explored the rapper’s feelings as a 28-year-old living in the present. The title song includes traditional South Korean percussion and storytelling, introducing its listeners to a modern rap progression mixed with kkwaenggwari elements.

Jung Hoseok, or J-Hope, is the second BTS member to include a studio album in his solo discography, alongside his debut EP. In spite of having no prior hip-hop knowledge before BTS, the rapper and singer boldly shared his own production and lyricism for the very first time through Hope World in 2018. This mixtape explores the life of Jung Hoseok, behind the J-Hope persona, in his daily life. In the EP, the rapper delves, through bouncing bass lines and R&B, into his wish to become a source of hope to those around him, while still showing his perspective as a human being behind his stardom.

Jack in the Box was the first studio album released after BTS’ break announcement. The album includes an absolutely divergent production from his previous cheerful beats, incorporating the very first hints of grunge into the member’s discography. Jack in the Box explores much harsher and more intense themes than his previous mixtape, encompassing issues like passion, ambition, insecurities, anxiety, and even englobing a critic to society through “Equal Sign.”

So far, only the three rappers have a record-extended repertoire under their belt. While every single member has released numerous non-profitable singles and even collaborations, the four vocalists have yet to release full-length studio albums. All the EPs and albums can be found on Spotify, and all of the vocalists’ singles can be found on BTS Soundcloud or in each individual member’s Spotify profile.