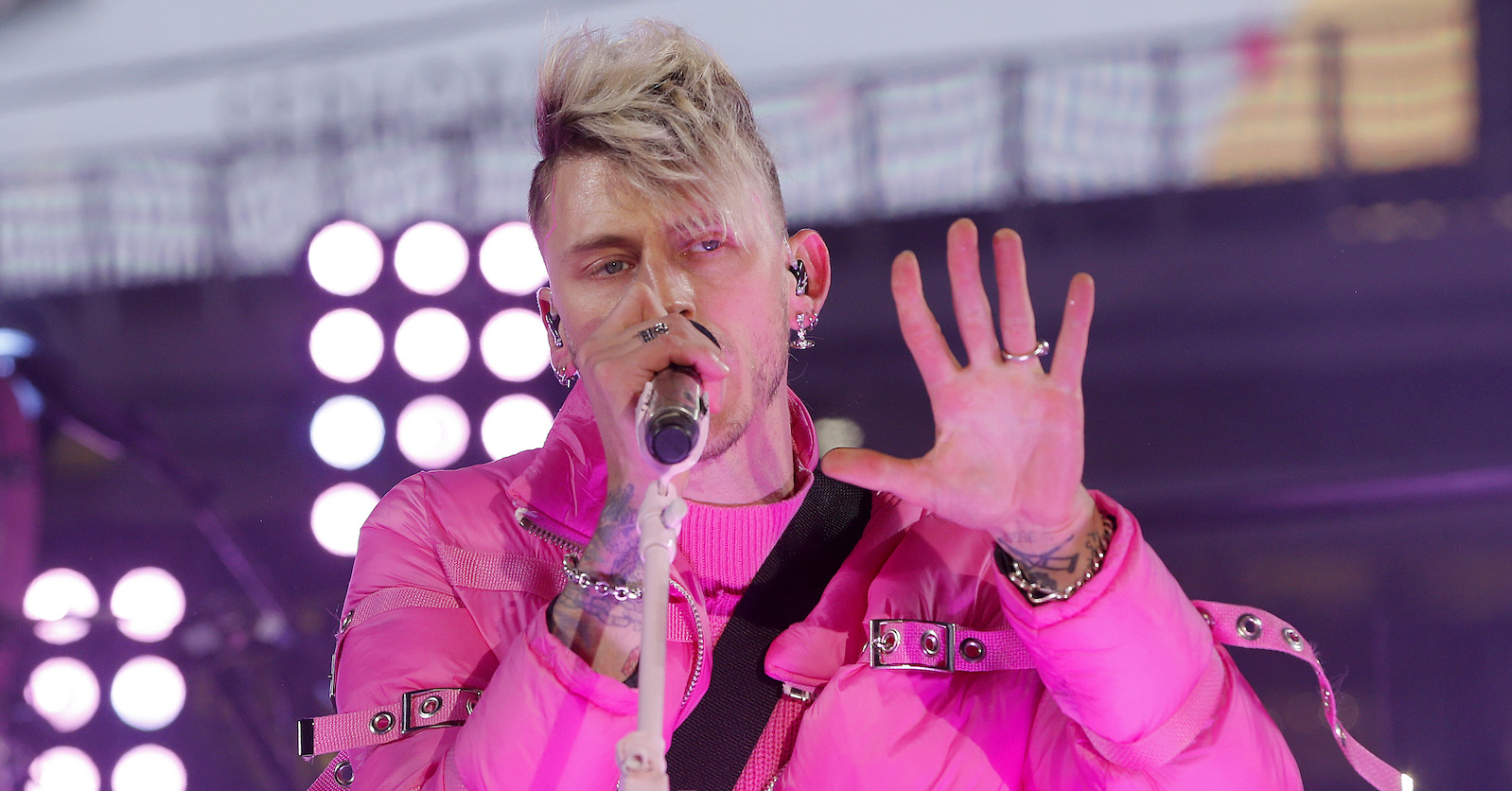 To really drive the point home and make sure that everyone knows to whom he’s pandering, the song’s called “Emo Girl.” It’ll appear on MGK’s upcoming album Mainstream Sellout.

The song intentionally sounds like a CD that would fit in the back pocket of an early 2000s pair of JNCO jeans. It sounds a lot like the pop-punk bands from the era, like Blink-182, who fell in love with the girl at the rock show.

The lyrics are about a girl who’s “got makeup by the mirror in her bedroom” and “Thigh-high fishnets and some black boots” who is “Half dead, but she still looks so cute.”

MGK’s album was previously titled “Born With Horns” but was recently changed to its current title fairly publicly after MGK and Blink-182 drummer got the previous name tattooed on their arms. MGK said that he’d be friends with Barker “no matter what” in a video on TikTok explaining the name change.

This album is the second after MGK’s controversial genre switch to pop-punk from rapping. It was surprisingly well-received. Rolling Stone said it was “trashily lachrymose and full of easily digestible angst, … a record festooned with indie-signifying titles.”

Willow, meanwhile, embracing pop-punk influences as well, collaborating with Barker, Avril Lavigne, Cherry Glazerr, and the punk-in-spirit rapper Tierra Whack for her critically well-received album, lately I feel EVERYTHING. You. can see why these two get along.

MGK has a way of making headlines no matter what he’s doing. After a much-publicized feud with Eminem, which many say pushed him to stop rapping, the newly crowned pink guitar emo prince picks fights with whoever will listen.

One of the most public feuds is with Slipknot lead singer Corey Taylor, who recently told MGK to “suck every inch” of his you know what. Taylor was doing a Q and A session at ShipRocked Carnival cruise festival when someone asked him about the ongoing feud.

“For those of you that don’t know, MGK doesn’t like me very much,” Taylor said. “And let me follow that up by saying, I don’t care.”

The issue apparently started when MGK and Barker asked Taylor to collaborate on 2020s Tickets to My Downfall. Taylor said he reluctantly said yes out of respect for Barker, but bailed on the project when he didn’t like the music.

MGK did an interview later on Spotify and said he didn’t like rock stars who wore comfortable shoes on stage. Taylor responded by saying he didn’t like artists who switched genres.

At Chicago’s RiotFest last year, MGK was upset that fans left his set to go watch Slipknot. He then went on a rant about a 50-year-old wearing a “fucking weird mask” on stage.

A diss track featuring Avril Lavigne can’t be far behind.