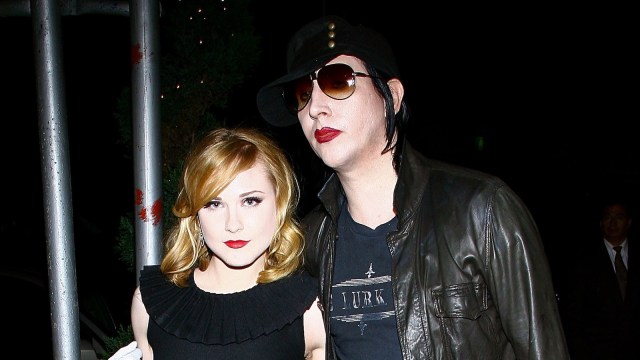 Shock rocker Marilyn Manson responded to ex-fiancée Evan Rachel Wood‘s sexual and emotional abuse allegations. Manson filed a lawsuit against the Westworld star, claiming that Wood hacked him and is creating a conspiracy to ruin his career.

“This action arises from the wrongful and illegal acts done in furtherance of a conspiracy by Defendant Evan Rachel Wood and her on-again, off-again romantic partner, Defendant Ashley Gore, a/k/a Illma Gore, to publicly cast Plaintiff Brian Warner, p/k/a Marilyn Manson, as a rapist and abuser—a malicious falsehood that has derailed Warner’s successful music, TV, and film career,” the complaint, filed in Los Angeles Superior Court on Wednesday (March 2) reads, according to Deadline.

Manson wants a jury to decide the case, and in the complaint, he says the two hacked into his personal computer and social media and “created a fictitious email account to manufacture purported evidence that Warner was emailing illicit pornography.”

Other allegations against Wood and Gore are fairly serious if true. Manson said the two pretended to be an FBI agent to make it look like Manson’s alleged victims and families were in danger. He also said they made up scripts and checklists to help said victims with talking points, and he also said they knowingly lied to accusers, including telling them Manson had sex with a minor once.

Manson’s attorney Howard King told Deadline that there’s an “overwhelming trove of evidence” that the duo is spreading “both vindictive and demonstrably untrue” information.

“It’s incredibly important to differentiate between the character of ‘Marilyn Manson’ and the man Brian Warner,” King said.

“Wood’s claims may resonate because of the intentionally ‘shocking’ character of ‘Marilyn Manson’ but they simply do not reflect the truth. The manufactured facts these conspirators scripted a decade after the event never happened.”

Manson wants damages and “an order enjoining Wood and Gore from engaging in further wrongful conduct.”

The lawsuit comes just as filmmaker Amy Berg’s documentary Phoenix Rising, about Wood’s allegations, is set to premiere on HBO Max on March 15. The two-part documentary chronicles Wood’s allegations as well as her historical successful attempt to extend the statute of limitations in sexual assault cases.

Neither Berg nor HBO was named in the lawsuit. King said that was by design.

“Amy Berg and HBO are also victims of Wood and Gore,” King said. “They were duped into making a documentary based on false claims and fraudulent documents.”

Wood is only one of several women who allege Warner sexually assaulted them. Game of Thrones actress Esmé Bianco filed a lawsuit against the musician, alleging Warner drugged and raped her.

If you or someone you know has been affected by sexual assault or domestic violence, please reach out to the RAINN hotline at 1 800 656 HOPE.