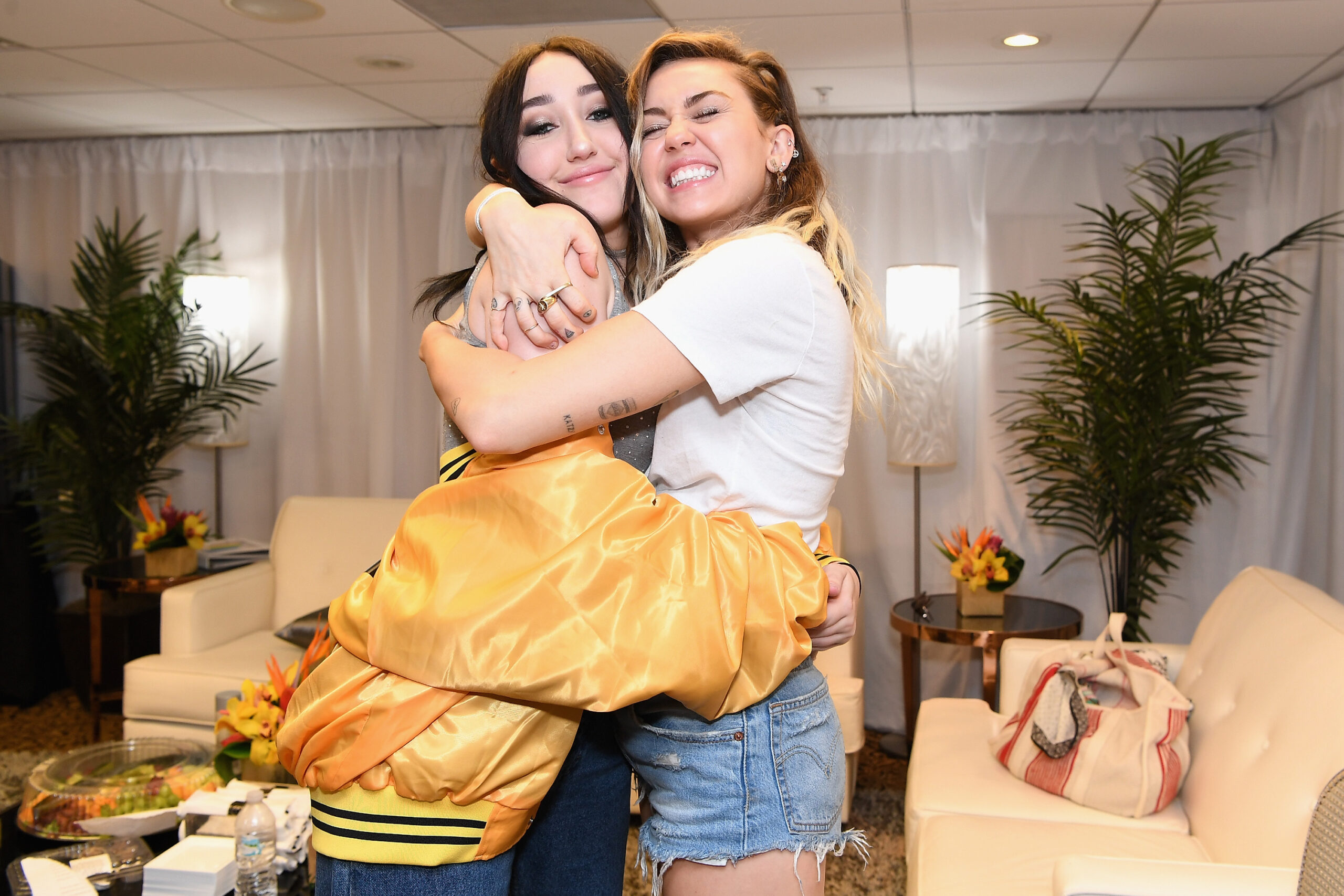 Miley Cyrus and Pete Davidson helped millions of people ring in 2022 with Miley’s New Year’s Eve Party on NBC. The two-hour event, executive produced by Lorne Michaels, promised a “star-studded lineup of special guests and musical performances for a must-watch evening” live from Miami, Florida. And one of those special guests was none other than Miley’s 21-year-old sister Noah Cyrus.

Noah, who released her latest EP People Don’t Change in April 2021, took the stage with her 29-year-old sister about 20 minutes before midnight for a duet of Dolly Parton’s classic 1974 hit song “Jolene.” “Welcome to the stage my baby sister,” the older Cyrus shouted, as the two walked out on stage hand-in-hand.

The pair both seemed to have a great time serenading one another during the two-and-half-minute set, as you can see in the YouTube clip, below.

Suffice to say, fans were thrilled to see the two sisters performing together like they were the next coming of Beyoncé and Solange. “Wow, this Jolene duet with Miley & Noah Cyrus is The Best thing this NYE!” tweeted Hollywood Life editor-in-chief Bonnie Fuller.

Another fan tweeted a video of the performance, adding that Miley and Noah “just killed it.”

Comedian Paula Poundstone wrote that it was a great performance by the two sisters, quipping that she has “that same dress Noah was wearing.”

A Miley Cyrus fan account posted a sweet side-by-side of Miley and Noah, circa 2010 and 2022, from back when the younger Cyrus was just a teeny nine-year-old.

Though this is the first time that Miley and Noah have performed “Jolene” together, Miley has covered the song frequently throughout the years. It’s also a little-known fact that Parton, 75, is also her godmother.

“I love Miley. I think she’s great. She’s out there, and I love that she takes her chances. I love that she’s true to herself and that she’s willing to try new things and do whatever,” Parton told Marie Claire in Dec. 2020. “I’ve always loved her, since she was little, and I knew she was special. She just had a light about her. Her sparkle, and her smile, and her eyes were always full of wonder.”