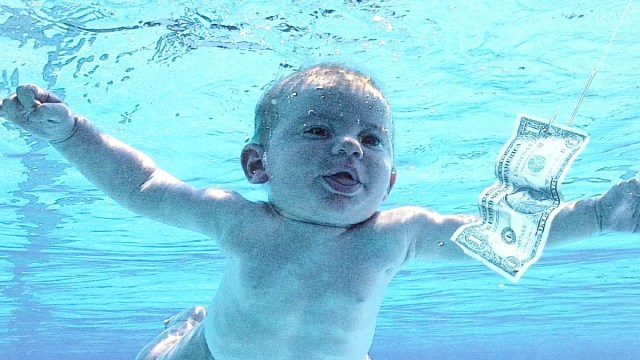 Spencer Elden has long celebrated his claim to fame of being the baby depicted on the front of Nirvana‘s classic album Nevermind. Elden has sold autographed copies of the album, twice recreated the photograph as an adult, and even has the word “Nevermind” tattooed on his chest.

So eyebrows were raised last year when he filed a lawsuit against Nirvana, photographer Kirk Weddle, and a number of record labels claiming that the album cover had not only caused him “permanent harm” and a “lifelong loss of income-earning capacity”, but that it amounts to child pornography as he was unable to consent to the image being taken and used. As compensation, he was asking for $130,000 in damages.

Now U.S. District Judge Fernando Olguin has delivered an eight-page ruling dismissing the refiled case with prejudice, ruling that Elden’s case was filed long past the 10-year statute of limitations. This is the second time the case has been thrown out, as, in January of this year, Elden failed to meet a deadline to respond to the Defendant’s application for dismissal.

But Elden and his lawyer Margaret Mabie aren’t giving up. In a statement to Rolling Stone, Mabie said they would appeal and that:

This ruling’s interpretation of the statute of limitations on Masha’s Law contravenes over fifteen years of well-settled precedent and the legislature’s intended purpose of the law. Under this reading of the law, child pornography remedies vaporize once the victim in the contraband image turns 28 years old. Under this logic, any child pornography producer—such as Masha Allen’s original abuser—could simply wait out the clock and then re-distribute abusive material with impunity.”

“The Nevermind cover was created at time when Spencer was a baby and it is impossible for him to age out of this victimization while his image remains in distribution.”

But these claims that the cover art of Nevermind is child pornography were succinctly skewered by the defendant’s application for dismissal, which described Elden’s lawyer’s arguments as “not serious” and said:

“A brief examination of the photograph, or Elden’s own conduct (not to mention the photograph’s presence in the homes of millions of Americans who, on Elden’s theory, are guilty of felony possession of child pornography) makes that clear.”