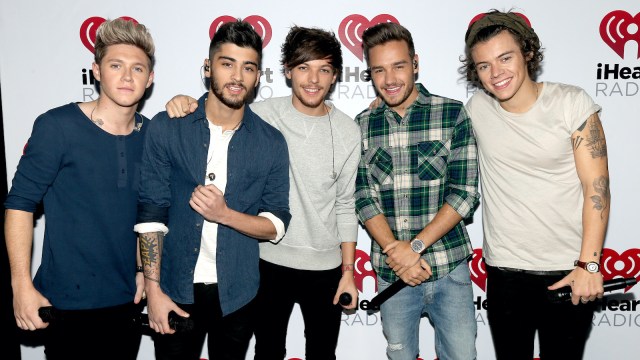 We have a lot to thank Simon Cowell for. If not for the English record producer and iconic judge of American Idol, America’s Got Talent and The X-Factor UK, we would have never met one of the biggest boy bands of the twenty-first century, One Direction.

It’s been 12 years since the band formed in 2010. They might have come in third place on The X-Factor UK but they soared to number one in the hearts of listeners around the world. They sold out stadiums, broke records, and ventured to uncharted territories of success.

In honor of their legacy, we’ve compiled a list of some of their best songs — or at least the ones we’ll never stop listening to.

It’s hard to pull off a juvenile pop anthem like “I Would” and not make it cringy, yet One Direction did it pretty seamlessly. The chorus alone paints a picture of the kind of pop bop we’re talking about: “Would he say he’s in L-O-V-E? Well if it was me then I would, I would”. Somehow, though, the song felt mature. At least compared to the album Up All Night. It’s one of their more underrated songs, so not including it in this list would be a crime.

This blessed song came courtesy of some major Fleetwood Mac inspiration. A quick toggle between “Dreams” and “What A Feeling” will clearly highlight the similarities, and to be honest, we are totally okay with that. It’s also one of their most underrated songs, which is criminal, if you ask us.

Why this song ended up on the bonus track of Take Me Home, we’ll never know, because it was easily a standout in the twenty-song tracklist. The beat is perfect, the melody is addictive, and the lyrics, to be honest, are dumbfounding — who could ever be afraid of loving one of the One Direction boys?

Truly, Take Me Home was One Direction at their boy-band finest. “Kiss You” perfectly encapsulates the joy of jamming out to a good old fashion pop song. The spitfire lyrics make it all the more fun, and the combo of drums, guitar, and overlapping vocals can’t help but make you smile — or at the very least, tap your toes.

This song fit right at home with the boys’ usual themes of growing up and maturing. It’s a perfect mix between ballad and banger, but most of all, it’s beautiful. It was also the last music video with Zayn in it before he left the group in 2015, so for that reason alone it holds a special place in our hearts.

It’s no secret that Harry Styles and Taylor Swift have history. If you listen carefully to the lyrics of “Perfect” you might just catch a reference or two about Miss Americana. Look no further than the lyric, “If you’re looking for someone to write your breakup songs about / Baby, I’m perfect.” The “Stripped” version of the song is as good as the original, if not better, so if you haven’t heard it yet you should check it out ASAP.

7. “Story of My Life” (Midnight Memories)

Midnight Memories marked a new era for One Direction, one that officially ventured into as mature a territory as a boy band can achieve. With Mumford & Sons vibes, “Story of My Life” was a soaring success and still sits at the top of the pack for 1D’s hits.

We don’t know about you, but we’re still stuck in our feelings from this one. This arresting ballad stunned listeners with its tender harmonies, making it a standout on FOUR and one of the best tracks the band has ever released. We could listen to those first 18 second on loop for the rest of our lives.

Like “What A Feeling”, this track heavily leans on the influences of 80’s groups like Journey and ABBA. The track did well when it was released in 2016 and would’ve done well in 1980, had it been snuck on Journey’s Departure album. Barring the problematic title lyric (a girl isn’t a possession, boys), this track is revolutionary.

“Best Song Ever” is the kind of track that transcends all the band’s phases over the years. If you didn’t know what album it was on, you could guess FOUR, Made In The A.M. or even Up All Night. For that reason alone, it’s a timeless One Direction classic. Plus, this was the video where Zayn made his drag debut as the sexy assistant Veronica in the music video, so yeah, it’s a classic.

This farewell track plucked the heartstrings of fans all around the world as the boys’ official swan song after bidding adieu to their collaborative days — at least for now. After Zayn’s departure earlier in the year, the release of Made In the A.M. marked the official hiatus of the band in 2015. So, we guess you could say “History” hits differently now.

Did you really think any other track could outshine One Direction’s song list? This is the song that made them into superstars, after all. In many ways, we owe “What Makes You Beautiful” the respect it so rightfully deserves for putting our favorite boy band on the map. We will forever be grateful.