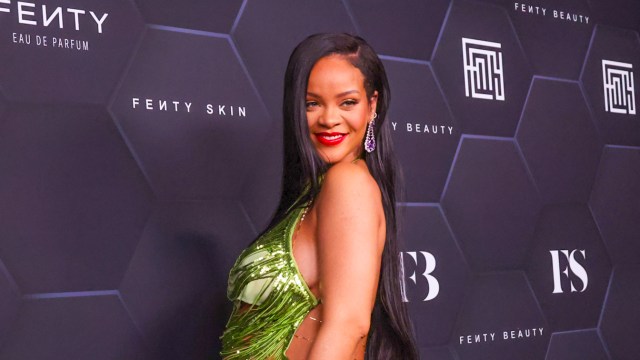 Pop singer and national hero of Barbados Rihanna is back in a big way with a new song tied to the release of the upcoming Black Panther sequel Black Panther:Wakanda Forever.

Rihanna tweeted out a snippet of the song, called “Lift Me Up,” featuring some melodic humming and a stylized “R” in the movie’s font, as well as a release date of 10.28.22. She also posted links to pre-save the song.

There have been rumors that we would be getting new music from the “Diamonds” singer recently, but this serves as official confirmation. Rihanna hasn’t released new music in more than five years. People are understandably excited.

Things are lining up for Rihanna right now, as she recently announced that she’ll be performing at next year’s Super Bowl. She hasn’t performed live on television since she did the song “Wild Thoughts” at the Grammys in 2018.

Rihanna will join some of the biggest names in music as one of the vaunted few to perform at the Super Bowl, including Eminem, Bruce Springsteen, Prince, The Weeknd, Shakira, J Lo, and a score of other elite artists.

The past couple of years have seen Rihanna focusing on her family (she recently had a child with A$AP Rocky) and growing her beauty and fashion endeavors. There is, however, some precedence for releasing new music pre Super Bowl.

In 2016, Beyoncé released “Formation” the day before she performed at the halftime celebration, kicking off a new phase of her career. You can pre-save Rihanna’s song “Lift Me Up” here.