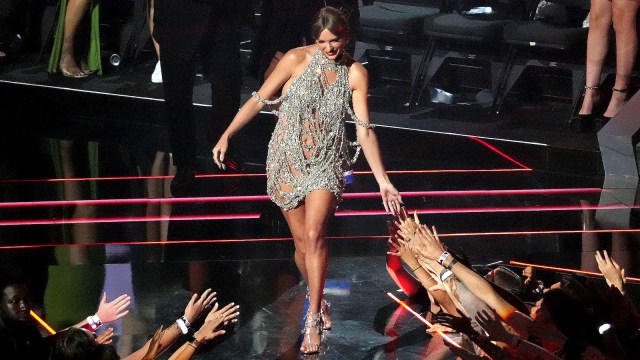 Super corporation Ticketmaster is already in hot water over the Taylor Swift ticket pre-sale fiasco, but it looks like things are still bottoming out because now we’re hearing from the disabled community of Swifties, who are saying they waited online for hours only to be told accessible seating was not available. The tickets they did find were exorbitantly overpriced.

Our first example comes from Emily Ladau, who said she waited for two hours to have a chance to buy tickets only to find out the bad news.

Landau went on to say she called the accessible ticket line and was told they “can’t sell me accessible presale tix over the phone” and that she has to buy regular seats and then ask for an accessible seat when she gets there.

“No, sir. Ticketmaster has to sell me accessible tickets online like everyone else. The law says Venues are required to sell tickets for accessible seats in the same manner and under the same conditions as all other ticket sales. … Wheelchair users shouldn’t have to jump through flaming hoops to see a concert.”

“Same exact thing, only I needed #ADA wheelchair seats and kept asking me to re-verify myself and kick me out every single time! I would love to know if anyone was able to get an actual accessible seat?!”

Here’s another person talking about the issue.

It’s even worse than originally thought. Not only are accessible seats not available they’re being sold for way more than the original price.

Someone responded that “Nothing about this makes blood boil more than that. I know they can’t be like confirm your disability to buy these tickets but they should NOT be allowed for resale. There are so few and it’s unfair.”

This person showed two ADA Accessible seats for $1,468 and another pair for $2,996. Someone commented that they tried to get Ticketmaster to exchange their tickets for ADA seats but were rebuffed.

“I also need them because I use a wheelchair. Ticketmaster is also refusing to exchange mine for ADA until general sale at which point these bots and scalpers will have bought them.”

One man said he watched his disabled wife spend hours trying to get a ticket and he was disheartened by the ticket price of $5,400 for two. Someone else pointed out that there’s no verification process for buying ADA tickets.

All of this is pretty terrible. Swift’s Eras tour kicks off March 17 at State Farm Stadium in Glendale, Arizona.