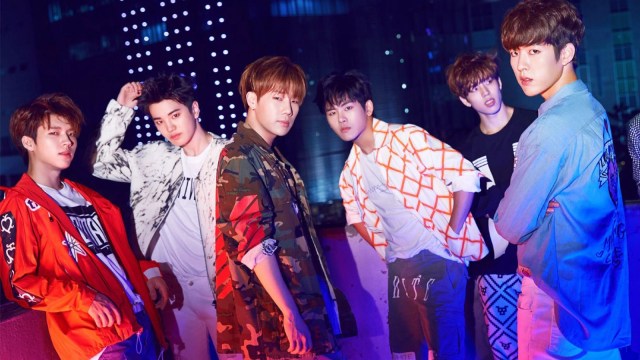 K-Pop is a notoriously fickle industry. New groups debut every day while old favorites quietly disband and their fans are left wondering why it had to end this way. K-Pop groups end up splitting for multiple reasons whether it’s because of contracts expiring, strife within the group, or financial circumstances. Some groups informally disband by going on an extended hiatus and we are left hoping for a comeback that might never happen.

A standard K-Pop contract lasts for around seven years, leading fans to get increasingly nervous the closer their fave group is to the deadline. Around this time, groups often lose members or disband altogether and this happens so frequently that some fans refer to this initial contract expiration as the “seven-year curse.” Not every group that reaches this milestone is fated to disband and even members leaving the company doesn’t necessarily mean the group is over (Girls’ Generation thankfully proved this by making a full comeback in 2022) but this doesn’t stop fans from anxiously worrying about the fate of their beloved groups.

Even if a group re-signs its contract, they’re not necessarily in the clear. Sometimes groups will stay with the same company but pursue solo projects as their being together is just for show. These dreaded hiatuses are just as hard on fans as their official disbandment would be.

So, for whatever reason a K-Pop group stops promoting or goes their different ways, we can’t help but wish they’d release more songs and perform on stage once again. Here are 10 groups we’d love to see back together for old times’ sake!

After School debuted in 2009 with the single “Ah” and instantly captured our hearts. The Pledis Entertainment girl group had a refreshingly mature image and tackled new styles of performance with every comeback. We have yet to see another group try drumline or tap dance as part of their comeback promotions and we miss the dance-oriented group more and more every year. While After School didn’t officially disband until 2019, their last Korean comeback as a group was 2013’s “First Love.” The group has had multiple member changes over the years but we wish we could see the whole group release a song together again.

MBLAQ was one of the most popular boy groups of the second generation of K-Pop internationally and domestically. The group was created by solo artist Rain and consistently released great tunes such as “Mona Lisa” and “This is War” for years. The quintet had great chemistry and were entertaining on variety shows (Joon in particular was a fixture on popular shows at the time due to his strong comedic timing). After members Thunder and Joon left the company in 2014, MBLAQ had one last comeback as a trio with “Mirror” in 2015 and seems to have unofficially disbanded after it.

As a project group from 2016’s Produce 101, I.O.I always had an expiration date. The group made up of the winners of the Mnet survival show had a fresh and youthful image and were incredibly popular during the seven months they promoted together. From their debut “Dream Girls” to their sub-unit promotion of “Whatta Man(Good Man)” the group of eleven members proved they could handle a variety of concepts. While all the members are still in the industry in different capacities, we do wish they could reunite, even if it’s only for a song.

One of the most popular K-Pop groups of the 2010s, 2NE1 will always have a special place in our hearts as one of the groups responsible for the global Hallyu Wave. The group released popular songs like “I Am the Best” and “Come Back Home” and were known for their unique style and stage presence. 2NE1 remains one of the genre’s most iconic groups and the quartet’s fierce image and confidence have been a huge influence on current K-Pop idols. The girls reunited at Coachella this year and all the members are still close, so a future comeback isn’t impossible.

While not officially disbanded, Infinite’s future as a group is unclear since multiple members chose not to renew their contracts in the last few years. The boy group is known for their perfect synchronization while performing difficult choreography. They have released popular songs like “The Chaser” and “Bad” during their time as a group. Their signature synth-driven sound (thanks in part to the production team Sweetune) has gained them many fans and we can’t help but hope they “Come Back Again.”

The girl group debuted under TS Entertainment and released a string of hits in the early 2010s. Though Secret broke out with a sexy and confident image with “Madonna” and “Magic,” they were also able to find success with a cuter girl-next-door concept reflected in songs like “Shy Boy.” Despite concept changes, all their songs were made in their signature retro style and usually accompanied by brass instruments. The group essentially disbanded in 2018 when members Jieun and Hyosung were revealed to be tangled in legal disputes with their company.

f(x), stylized in all lowercase, is a group under SM Entertainment and is known for its more experimental pop sound. The group has arguably one of the best discographies in K-Pop with albums like Pink Tape, Red Light, and 4 Walls, which many fans play on repeat to this day. The group released popular songs like “Electric Shock” and “Nu ABO” until they ceased group promotions in 2016. We miss the group’s consistently great output and wish they could reunite again, though the members maintain that they haven’t disbanded.

When Pristin debuted, they seemed primed to become one of the most popular girl groups. They had amassed a fanbase before debuting thanks to a steady stream of pre-debut content (and having two former I.O.I members didn’t hurt) and the group of talented, self-composing idols had great songs under their belts. Their debut was one of the most successful of the post-I.O.I groups but in 2019, just two years after their first successful appearance, Pristin officially disbanded and the majority of the girls left their company to pursue new ventures. Pristin’s fate might always be one of K-Pop’s biggest unanswered questions but we’d love to see the girls reunite on stage together one day.

U-KISS had everything a K-Pop group needs to be successful: good music, great choreography, and attractive idols to execute it all with finesse. Unfortunately, the group never reached the level of success they deserved but they still gave fans great songs like “Neverland,” “0330,” and “Man Man Ha Ni” (and some old-school K-Pop memes with lines like “don’t deny our r²π”). The group is not technically disbanded and three members continue to promote as U-KISS under a new company, but we wish we could see them get together as a whole group again.

Girl’s Day enjoyed moderate success before they released their breakout single “Expectation” in 2013, which catapulted them into a new tier of popularity. They continued this streak of hits with 2014’s “Somebody” and “Darling” and became one of Korea’s biggest girl groups of K-Pop’s second generation. Like all good things, Girl’s Day’s time as a group came to an end in 2019 when its members decided not to re-sign with their company Dream T Entertainment, and unofficially disbanded. We’re hopeful for the four-piece to reunite in the future but until then, we’ll continue to bop along to songs like “I’ll Be Yours.’

The fast-paced nature of the K-Pop industry causes groups to disband frequently and we know we might’ve missed some of your faves. There are many groups we’d love to see reunite (honorable mention to CLC) but unfortunately, we couldn’t fit them all on this list. Hopefully, we’ll see these groups and more coming back to the stage and streaming platforms in the near future!