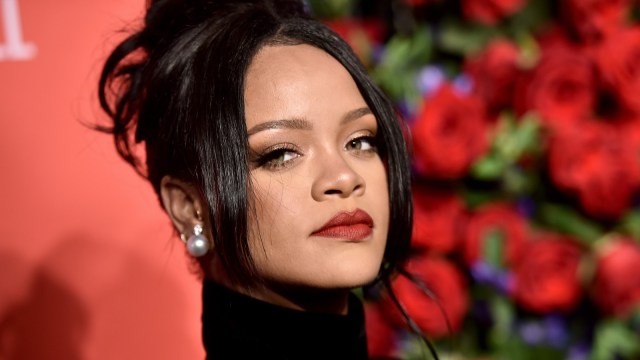 Rihanna is taking to the stage next February at the Super Bowl half-time show in what is considered a bucket-list performance for most artists, but, considering the Barbadian singer’s living legend status, why did it take so long for her to perform at the famous event?

Although she’s barely released any music since 2017, Rihanna is arguably one of the most influential names in today’s pop culture landscape, with her last studio album ANTI officially cementing her place among pop music royalty. The Super Bowl halftime show, which has featured the likes of Beyoncé, Prince, Michael Jackson, U2, The Rolling Stones, Madonna, and Bruce Springsteen, is now almost considered a rite of passage for any artist wishing to be inducted into the Hall of Fame. It only makes sense that given her status, Rihanna would have been offered the opportunity a long time ago.

Why did Rihanna say no to the 2020 Super Bowl halftime show?

The NFL landed in hot waters in 2016 and the years that followed because of how they treated football player Colin Kaepernick. Kaepernick attracted controversy from the public for kneeling down during the National Anthem as a protest against systemic racism and police brutality in America. Although he inspired some, many took offense over his activism. After he opted out of his contract with the San Francisco 49ers at the end of 2016, Kaepernick was never to be picked up by another team again.

In October of 2017, Kaepernick and 49ers team-mate Eric Reid filed a complaint of collusion against the NFL, accusing its 32 teams of blackballing them from the league. The case was settled in 2019, but its rippling effects are still being felt today. At the height of the Black Lives Matter Movement in 2020, following the murder of George Floyd, players all over the world, in all types of sports, began taking the knee in protest and expressed solidarity with the victims of racial violence and injustice.

Also in 2020, the NFL finally caved and publicly apologized for “not listening to NFL players earlier.” NFL commissioner Roger Goodell also addressed Kaepernick directly later on linebacker Emmanuel Acho’s YouTube show, stating, “I wish we had listened earlier, Kaep, to what you were kneeling about and what you were trying to bring attention to.”

Before this apology, the NFL’s reputation was in the gutter, which made it difficult for the league to book performers for their once coveted halftime shows, particularly black performers (who just so happen to make up the majority of the music industry’s top billing).

In 2019, Rihanna was asked to take on the following year’s Super Bowl halftime show but refused in solidarity with Kaepernick. “I just couldn’t be a sellout. I couldn’t be an enabler,” the singer told Vogue. “There’s things within that organization that I do not agree with at all, and I was not about to go and be of service to them in any way,” she stated. Rapper Cardi B was also offered the gig and gave similar reasoning for turning it down.

The NFL has since worked towards cleaning up its image, including by striking up a partnership with Jay-Z’s Roc Nation, which is also Rihanna’s label. Jay-Z was not only tasked with producing the subsequent halftime shows — including the one Rihanna turned down, which was eventually picked up by Shakira and Jennifer Lopez — but would also be leading the launch of the “Inspire Change” initiative, which aimed to connect the NFL with the Players Coalition to fight social and racial injustice.

At the time, Rihanna liked an Instagram post calling the rapper “wrong” for his decision, but some believe he played an important role in convincing her to take the gig this time, three years on. Whether or not the NFL has done enough to make up for their wrongs is up for debate, but Rihanna seems to think so, or else she won’t be contradicting herself by taking on next year’s halftime performance.

The “Rude Boy” singer will be following 2022’s Emmy-winning rap tribute which joined Dr. Dre, Snoop Dogg, Eminem, Mary J. Blige, Kendrick Lamar, and 50 Cent on the Super Bowl stage, as well as The Weeknd’s performance in 2021. Eminem paid tribute to Kaepernick’s struggle by kneeling down during the performance, and most, if not all, of the above-mentioned artists have spoken out against racism in the past.

With Rihanna coming full circle and finally accepting to take on the notorious stage, it seems like the NFL has successfully mitigated its offenses. Whether or not the singer will follow Eminem’s lead and reference Kaepernick’s protest in her performance remains to be seen.