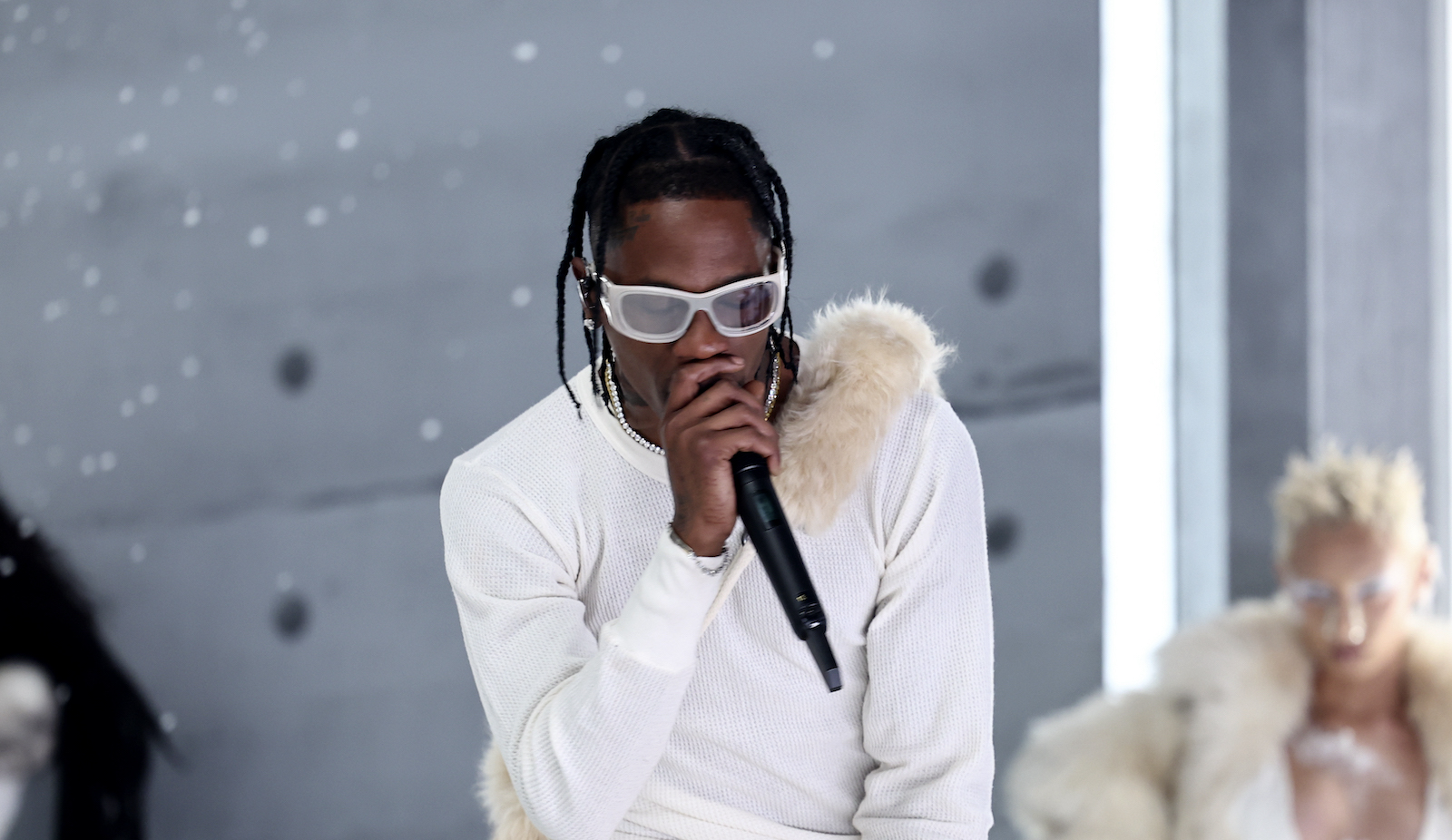 Photo by Matt Winkelmeyer via Getty Images for MRC

Travis Scott has finally returned to the televised stage at the 2022 Billboard Music Awards, some six months after his reputation was marred by the Astroworld tragedy.

Scott, in an eerie, all-white set reminiscent of Game of Thrones, performed his song “Mafia” onstage at the show, followed by “Lost Forever,” for which the theme switched to black and white as dancers decked in fur-lined costumes flocked to the stage. Scott attended the awards event with partner Kylie Jenner and their daughter Stormi.

In an Instagram video, Sean “Diddy” Combs, who hosted the event, revealed that he is the reason that Scott performed at the Billboard Music Awards.

“This just in. For the Billboard Music Awards this Sunday I made a request; I made a demand. I said, ‘My brother Travis Scott has to perform. I’m executive producing, he has to perform,’ and NBC said, ‘Yes.’ It’s going down Sunday, Travis Scott will be performing … now that’s love.”

Scott’s public appearances have been extremely limited since late last year when 10 people died as a result of a crowd-crush at his Astroworld festival in Houston. In an interview back in December 2021, the singer denied hearing any cries for help during the concert.

“It’s so crazy because I’m that artist too. Anytime you can hear something like that, you want to stop the show. You want to make sure fans get the proper attention they need,” he said. “Anytime I could see anything like that, I did. I stopped it a couple times to just make sure everybody was OK. And I really just go off the fans’ energy as a collective, call and response. I just didn’t hear that.”

The tragedy has brought on the cancellation of many brand partnerships, with Scott facing lawsuits worth hundreds of millions of dollars. It remains to be seen what long-term impact his reappearance on a televised stage will have.