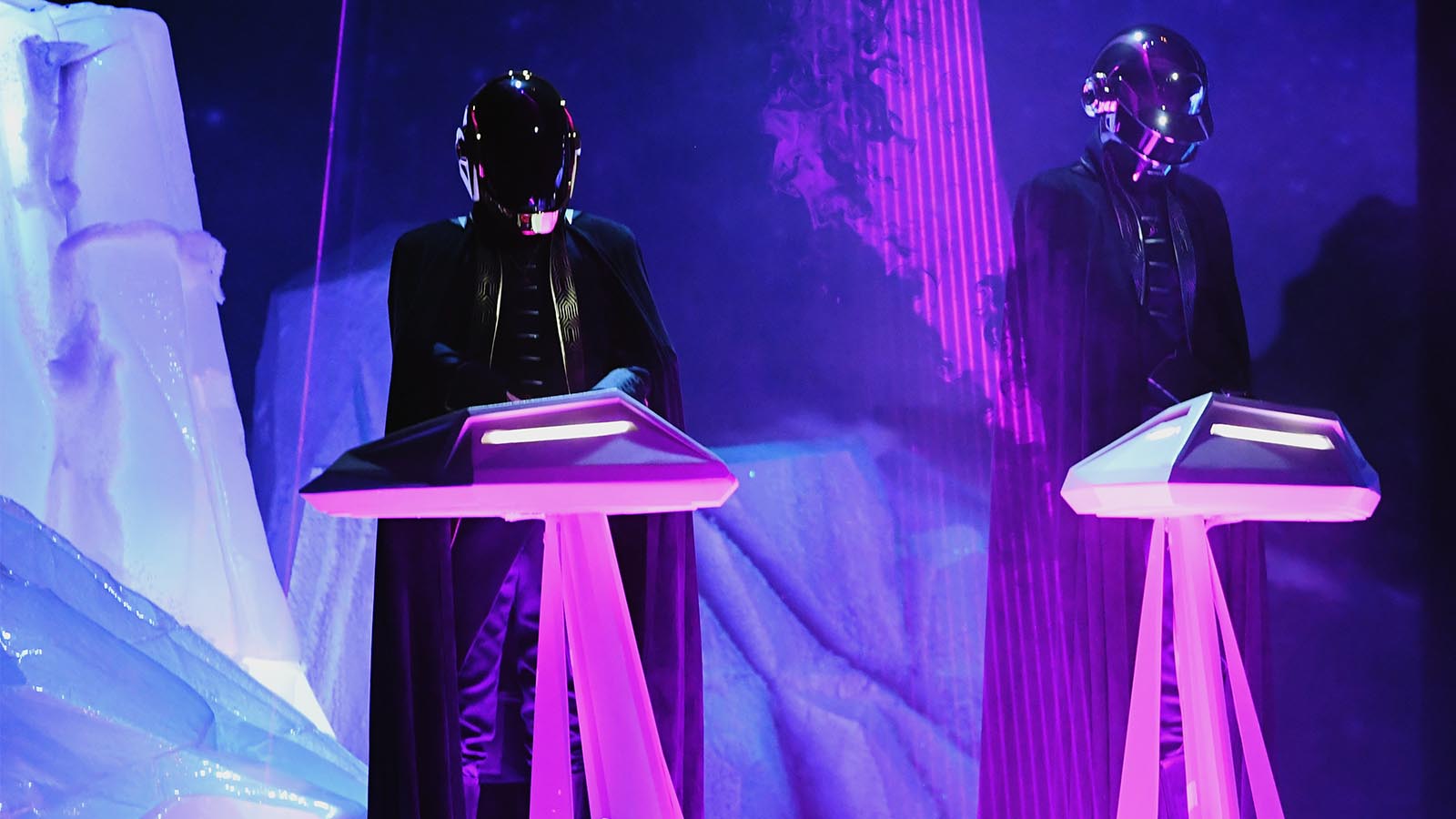 One year ago iconic EDM group Daft Punk announced that it was splitting up. The duo — Guy-Manuel de Homem-Christo and Thomas Bangalter — had been electrifying audiences since 1993, with their hugely influential albums Homework and Discovery counted as some of the greatest in the history of dance music.

However, their biggest years were ahead of them. Their groundbreaking performance at the 2006 Coachella music festival is considered responsible for EDM going mainstream in North America for the first time, with the Alive 2007 album that accompanied that tour ranked as one of the best live albums of all time. Superstardom beckoned, including the enormously hyped Random Access Memories album, collaborations with Kanye West and The Weeknd, and scoring Disney’s Tron: Legacy.

Aside from the incredible music, Daft Punk is also famous for its image. The pair have long worn masks to conceal their identities, beginning with simply wearing black bags over their heads and progressing to Halloween masks. However, their familiar robot form came as the result of a freak studio incident. Speaking with Toonami in 2001, Bangalter explained that:

“We did not choose to become robots. There was an accident in our studio. We were working on our sampler, and at exactly 9:09 am on September 9, 1999, it exploded. When we regained consciousness, we discovered that we had become robots.”

All this secrecy means people are often curious as to what the duo looks like under the LED masks. Fortunately for us, they gave us the answer in their 2006 experimental movie, Daft Punk’s Electroma. The loose narrative follows the robots as they try and fail to become human, eventually self-destructing in the desert. During this process, they remove their helmets, so here’s what they look like without them:

As you can see, the studio accident appears to have completely robotized the pair, with their original human faces having been fully replaced by circuit boards, which is presumably the case for almost their entire bodies. Since Electroma the pair had periodic style upgrades, with the release of Human After All seeing the helmets becoming somewhat streamlined and their bodies encased in black leather suits designed by Hedi Slimane that they’d continue to wear some form of for the rest of their career.

The pair have been quiet since the break-up, with the first solo project being Bangalter’s score for French ballet Mythologies. This will premiere in July 2022 with choreography by Angelin Preljocaj and direction from Romain Dumas. Beyond that, the future looks murky. Even when Daft Punk was active, fans were used to a long wait between new material, with many years between albums and their final tour performance as long ago as 2007.

Many still hold out hope that Daft Punk will one day return. Recent activity on the band’s social media pages had many hopeful for more signs of life, though it seems that this was in service of a one-time-only Twitch stream (which has now concluded) of their December 1997 performance in L.A. as part of their ‘Daftendirektour’ tour to promote Homework.

The stream was also notable as the show depicted them performing without masks or helmets. Yup, that’s right. They’re not actually robots.

If you really want to see what they look like in their boring human form here’s a video of Daft Punk being interviewed in 1995:

Since then, the pair have almost always remained masked in public appearances. Bangalter often fields questions about why, with the general explanation that it’s to ensure that the music is front and center. In a late ’90s interview with Canoe.ca, he went into more detail:

“We want the focus to be on the music. If we have to create an image, it must be an artificial image. That combination hides our physicality. … . It is not a compromise. We’re trying to separate the private side and the public side.”

They’ve also said part of it is due to their pair being quite shy and realizing that wearing a mask is a great bit of theater. In a 2006 interview with MixMag, Bangalter said:

“It became exciting from the audience’s point of view. It’s the idea of being an average guy with some kind of superpower.”

By the time Daft Punk was riding high in the late 2000s, these helmets had become quite advanced. They were constructed under secrecy by a costume workshop that worked on the Raimiverse Spider-Man movies and boast built-in air conditioning and communications systems.

In a 2013 feature in Rolling Stone the interviewer saw the benefits of the masks first-hand, marveling at how these massively popular musicians can ride the New York Subway completely anonymously. Bangalter concludes:

“One thing I like about the masks is that I don’t have people constantly coming up to me and reminding me what I do. It’s nice to be able to forget.”